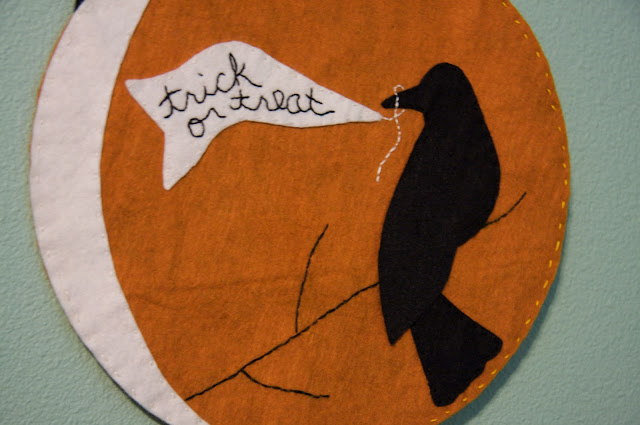 Also considered: "Boo!" and of course "Nevermore."* But this seems appropriate, too--after all, as a Trickster, the raven surely knows a thing or two about both tricks and treats.

*(Actually, what I'd really like is to make a banner featuring an owl saying, "Nevermore"...just to be perverse and all.)

I made this Halloween decoration out of wool felt based on this Valentine tutorial by Melissa, a.k.a. Checkout Girl. Yes, a Valentine tutorial--hey, my mind works in weird ways, I'll grant you that. I enlarged the pattern pieces and changed the shape of the bird's head a bit so that was more raven-like and less dove-like. I traced around a big mixing bowl to make the moon. 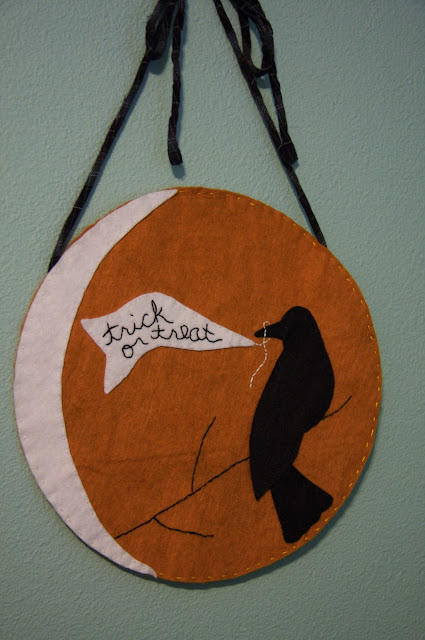 As I was working on this I felt like it was turning out more country-cottage than what I'd envisioned, but I could no longer picture what I'd originally envisioned. Does that ever happen to you? Anyway, maybe it was because I'm fairly new to working with felt like this, so my stitches are a little, uh, American Primitive. But anyway, now that I've knotted off the last thread it's really growing on me. 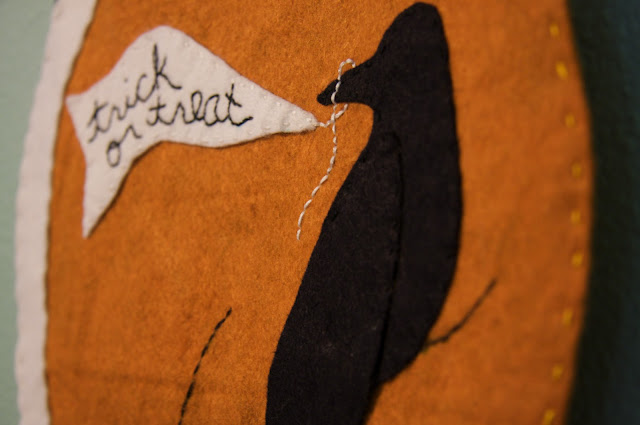