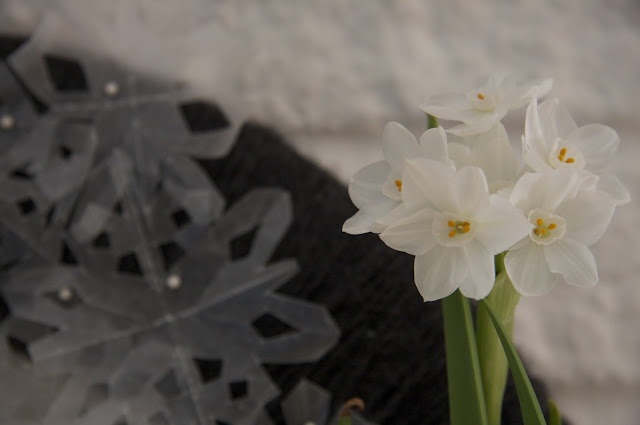 The truth is, I'm not ready for it to be 2011. (Insert your preferred cliche about time passing too quickly, etc., here.)

But I can't deny that the year got off to a decent start. On Saturday, I found a copy of this book at the used book store (half the cover price, and the pattern envelope hasn't even been opened): 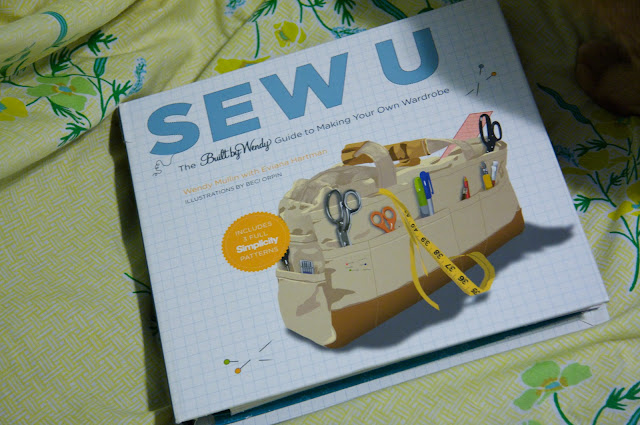 (Please excuse the random shadow and paw; we can't do anything around here without at least one cat and usually two getting involved.) So that should help with the sewing-for-myself resolution.

Then I went home and invented out of whole cloth the exact recipe I'd been craving.  After the bustle of the holidays, during which I frequently screwed something up and then complained that it was because I was trying to do 14 things at once, it was nice to find that being slow and deliberate in the kitchen yielded good results. 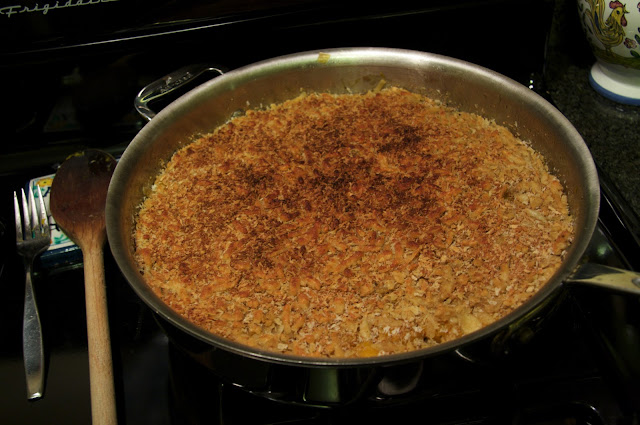 So I'm still feeling a little blue, but at least I've accomplished something, right? 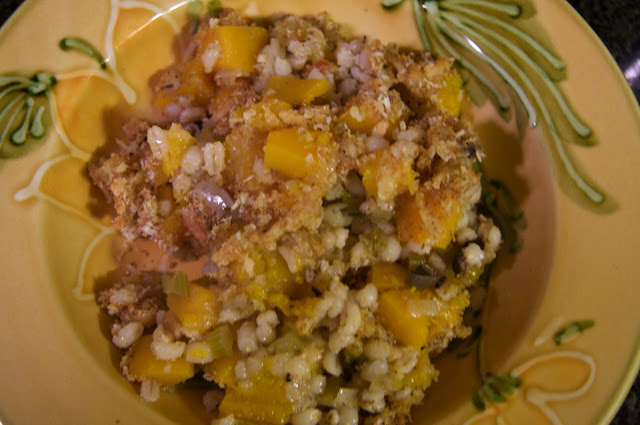 When the mushrooms have cooked down a bit, add the barley, water, and herbs. Cover the pan, bring to a boil and then turn down the heat to a simmer.

Meanwhile, peel and seed the squash, and cut into 1/2-inch dice. Add the squash to the pan and continue to simmer until the barley is done, about 45 minutes total.

Combine the topping ingredients in a medium bowl. (Instead of using a mixture of seasoned and unseasoned breadcrumbs, you could use all unseasoned, but if you do this add some herbs and salt to taste.) Position an oven rack high in the oven and turn on the broiler. With the back of a wooden spoon, even out the surface of the vegetable-barley mixture, and spread the topping over it. (Make sure the vegetable-barley mixture is good and hot when you do this.) Place under the broiler for a few minutes, until the topping is browned and the cheese is melted.