Now you know why I needed all that rickrack. 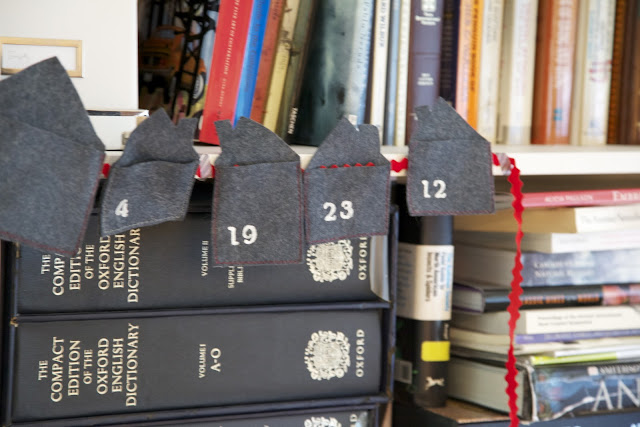 I made the kid an advent calendar out of gray felt, with pockets shaped like little houses. It's a pretty shameless copy of this lovely project by Minna of Time of the Aquarius. 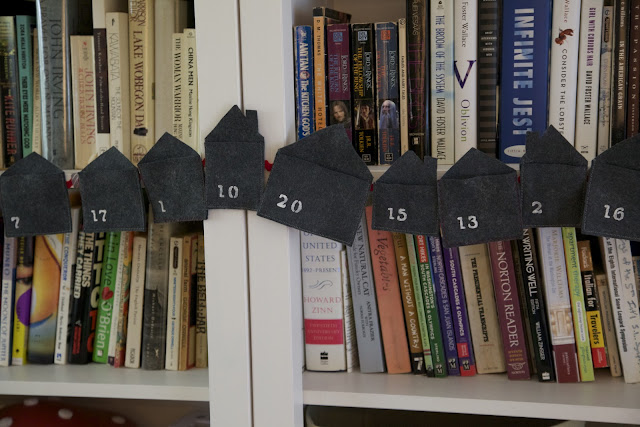 Except, since I am American instead of a stylishly sober Finn, my version is a lot more garish, what with the red rickrack and red stitching on some of the houses (I would have gone crazy and done all of them in red, too, had I not run out of red thread one-third of the way through.)
For Christmas Eve's pocket I decided to try my hand at a Danish woven heart, using this tutorial. It didn't actually work so well as a basket--it was just floppy and fell way open (maybe I did something wrong, does anyone know?) so I sewed up the sides a bit. 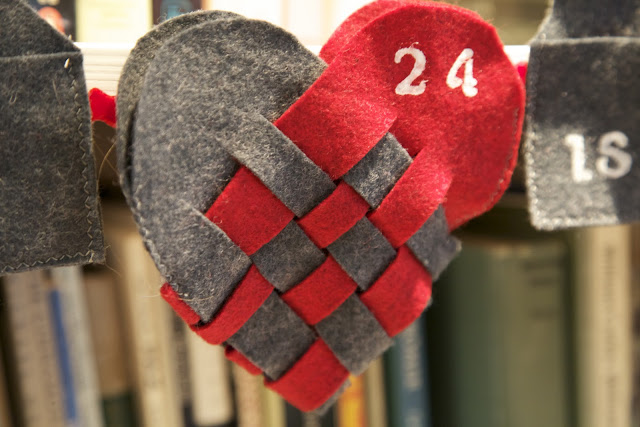 (Yeah, I don't know what's wrong with that picture. Still figuring out the new camera. Update: Apparently the white shelf threw off the metering. No, I don't know what that means either.)
Here it is all together. It's attached to the bookcases with earthquake tack, washi tape, and hope. I'm a little worried about how it's going to hold once the pockets are full. 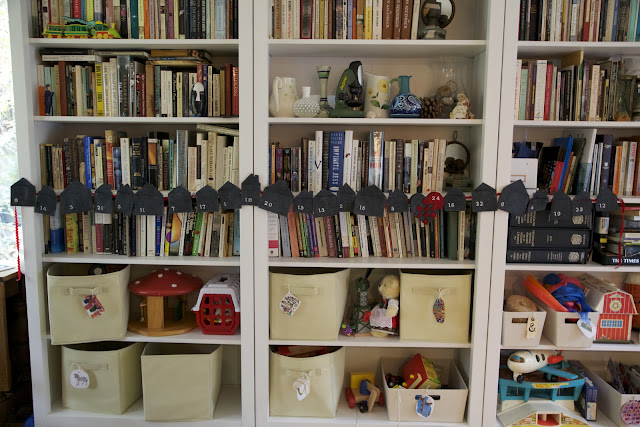 And on that note, better run--I have some goodies to dole out among the houses. Happy December.
Posted by Sarah at 10:35 PM