While driving in the car one afternoon last week I heard a segment on All Things Considered in which a woman told the story of her family recipe for blueberry dumplings.

The story tugged at my heartstrings and the recipe sounded great too. I thought: I've got to make that, and it occurred to me that we had some not-so-great supermarket strawberries in the refrigerator that could probably benefit from the dumpling treatment.

So when my girl got up early (so early. too early) Sunday morning the two of us got busy.

This is probably the fastest I'll ever go from inspiration to action, so don't get used to it.

It's a great recipe for young sous chefs to help with. (Yes, that's a strawberry-stained "Eat More Kale" shirt, which is kind of cracking me up.) 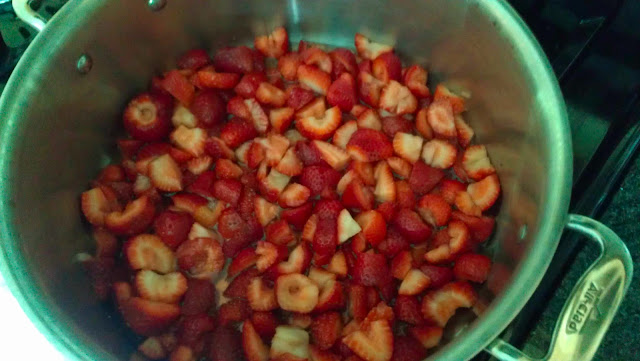 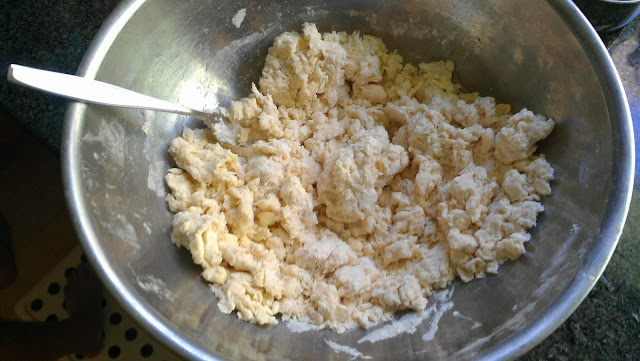 Mix up a quick biscuit dough. 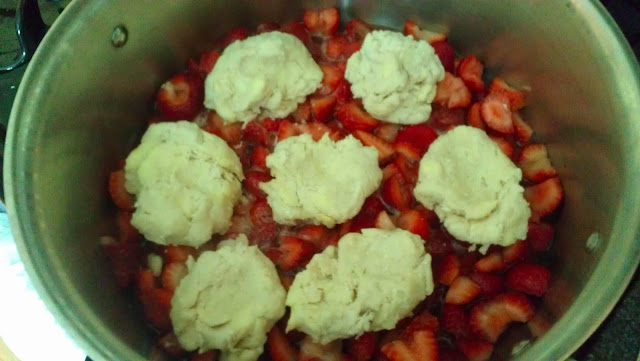 Bring the strawberries and a bit of sugar to a boil, and drop the dumplings on top. 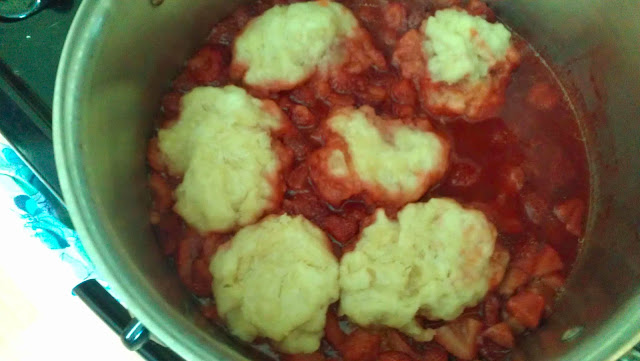 Steam for a bit. The recipe really doesn't take any more time or effort than making a batch of pancakes. 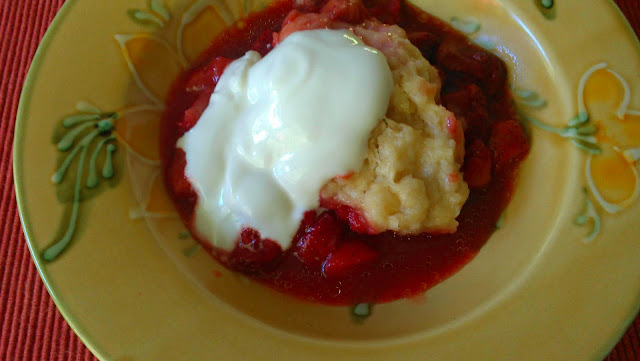 And serve. Sure, it's supposed to be a dessert, but there's scarcely more than a quarter-cup of sugar in the entire recipe. (I've rarely met a dessert I didn't want to eat for breakfast anyway.) We did eat it with plain yogurt instead of the suggested heavy cream--you know, as a nod to good breakfast nutrition. 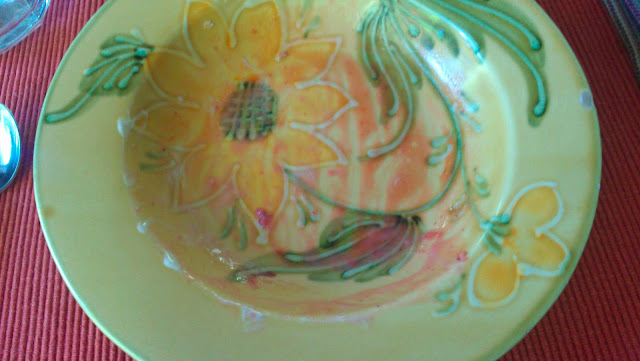 The original recipe is here. Changes I made:
*I used two 16-oz cartons of strawberries in place of the blueberries. In truth, I think the recipe could use an even higher proportion of fruit to dumplings.
*The recipe says steam for 12 minutes but it took more like 20 for my dumplings to cook.