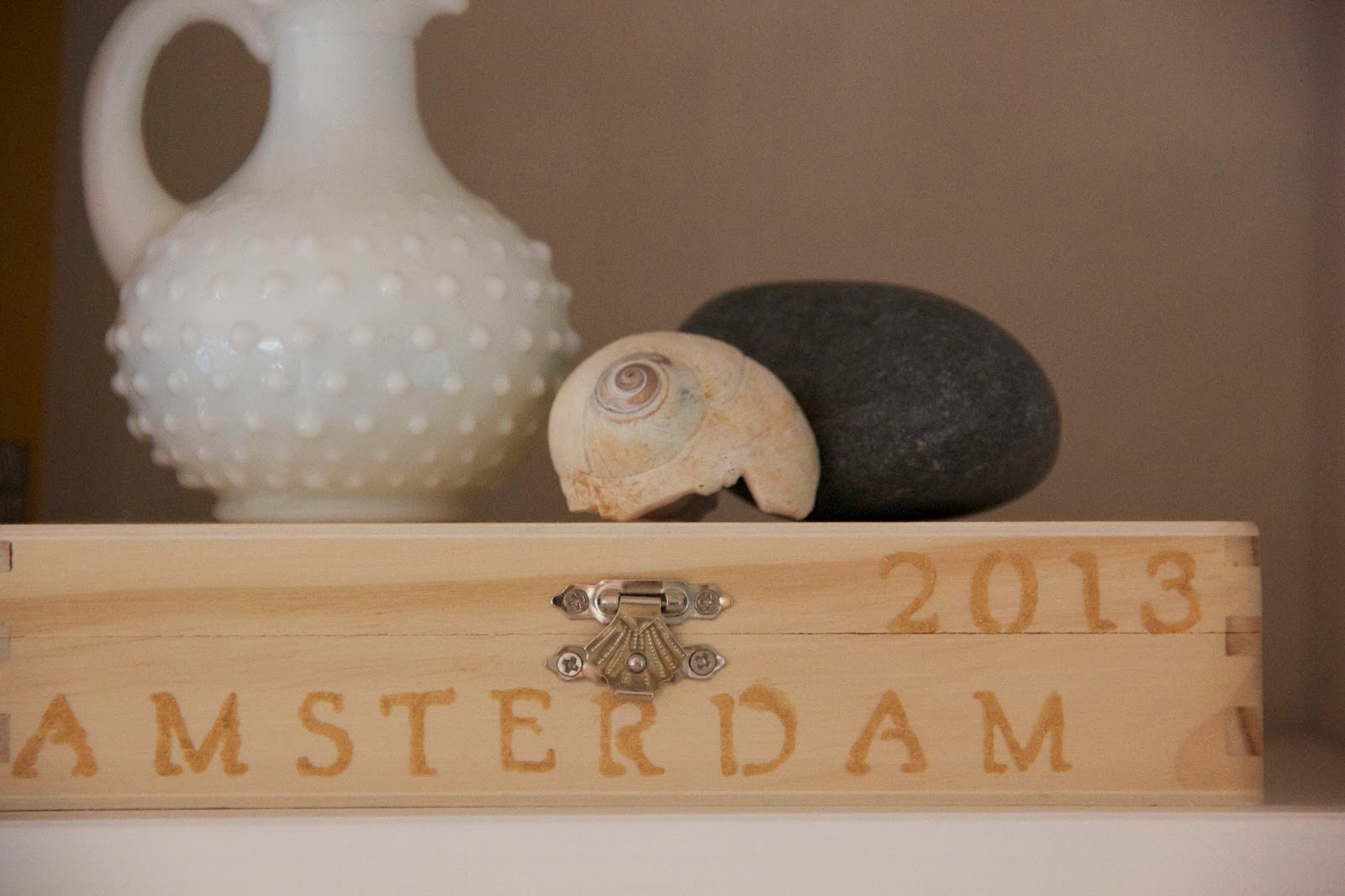 You might be wondering what we are going to do with our postcard travel journal once we tire of displaying it on the mantel. Well, I took about 30 minutes last weekend and made it a permanent home.

It's simply an unfinished cigar box with the year and destination of the trip stenciled in paint on the front. Here are the simple materials: 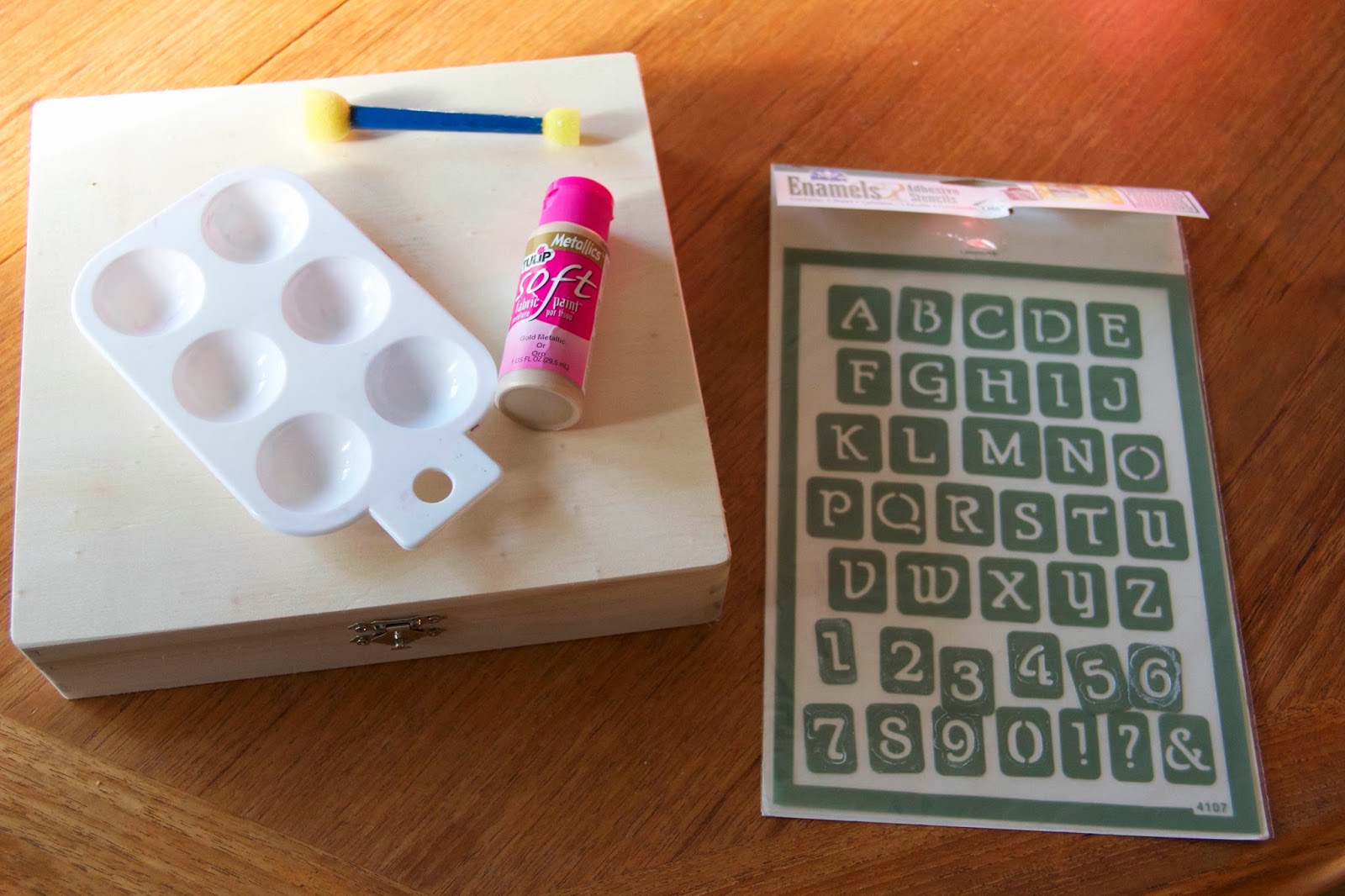 I chose gold paint because it blends in fairly well with the natural tone of the wood. I planned to display the box on a bookshelf and I wanted the lettering to be legible but not SUPER ASSERTIVE -- I wanted it to read like the spine of a book, if you will. The only gold paint I had on hand was actually fabric paint, but it worked just fine (acrylic craft paint would have been the obvious choice).

As for the play-by-play: Place the stencil for your first letter on the box: 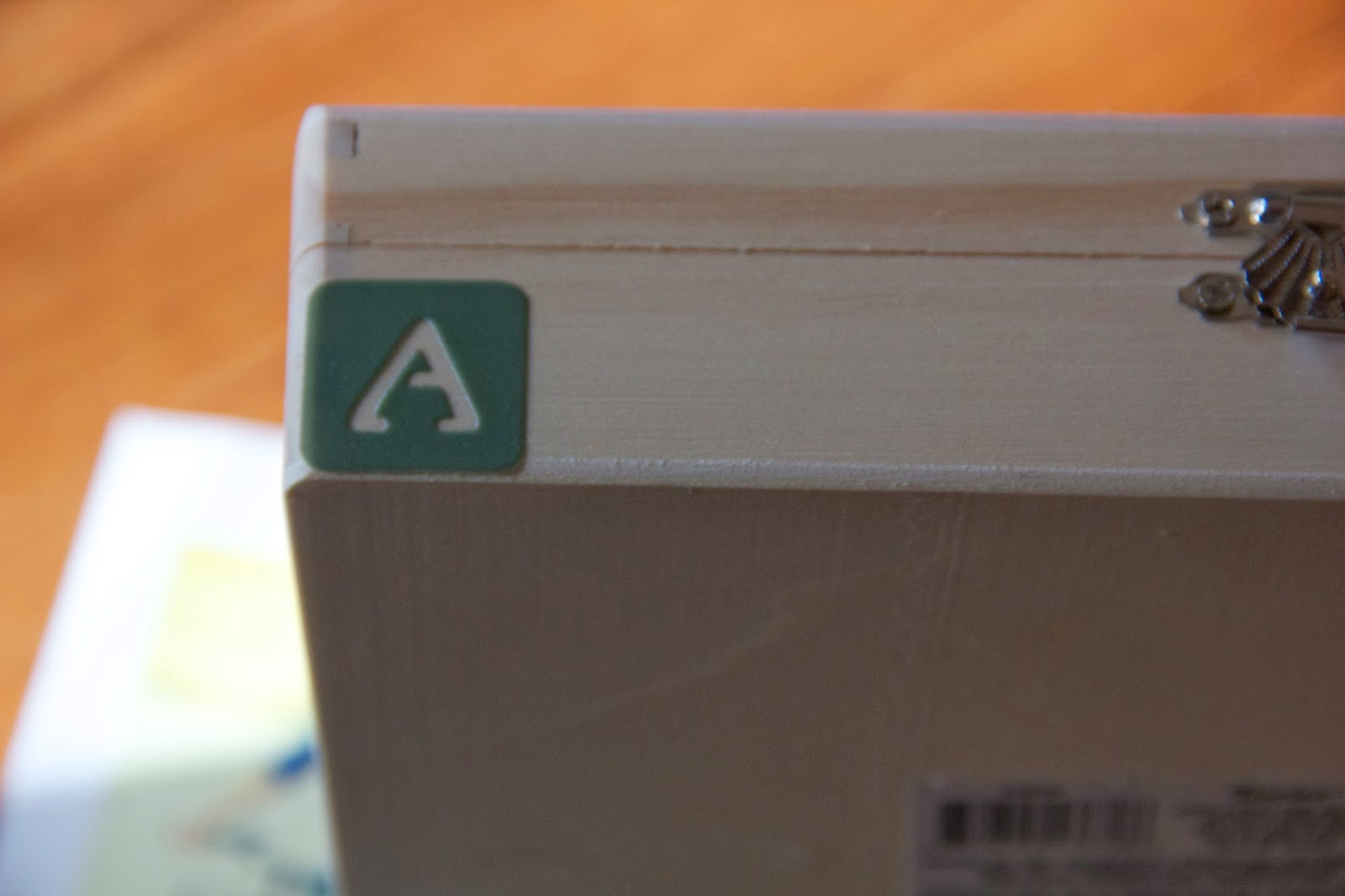 Load up your foam brush with paint -- not too much now. 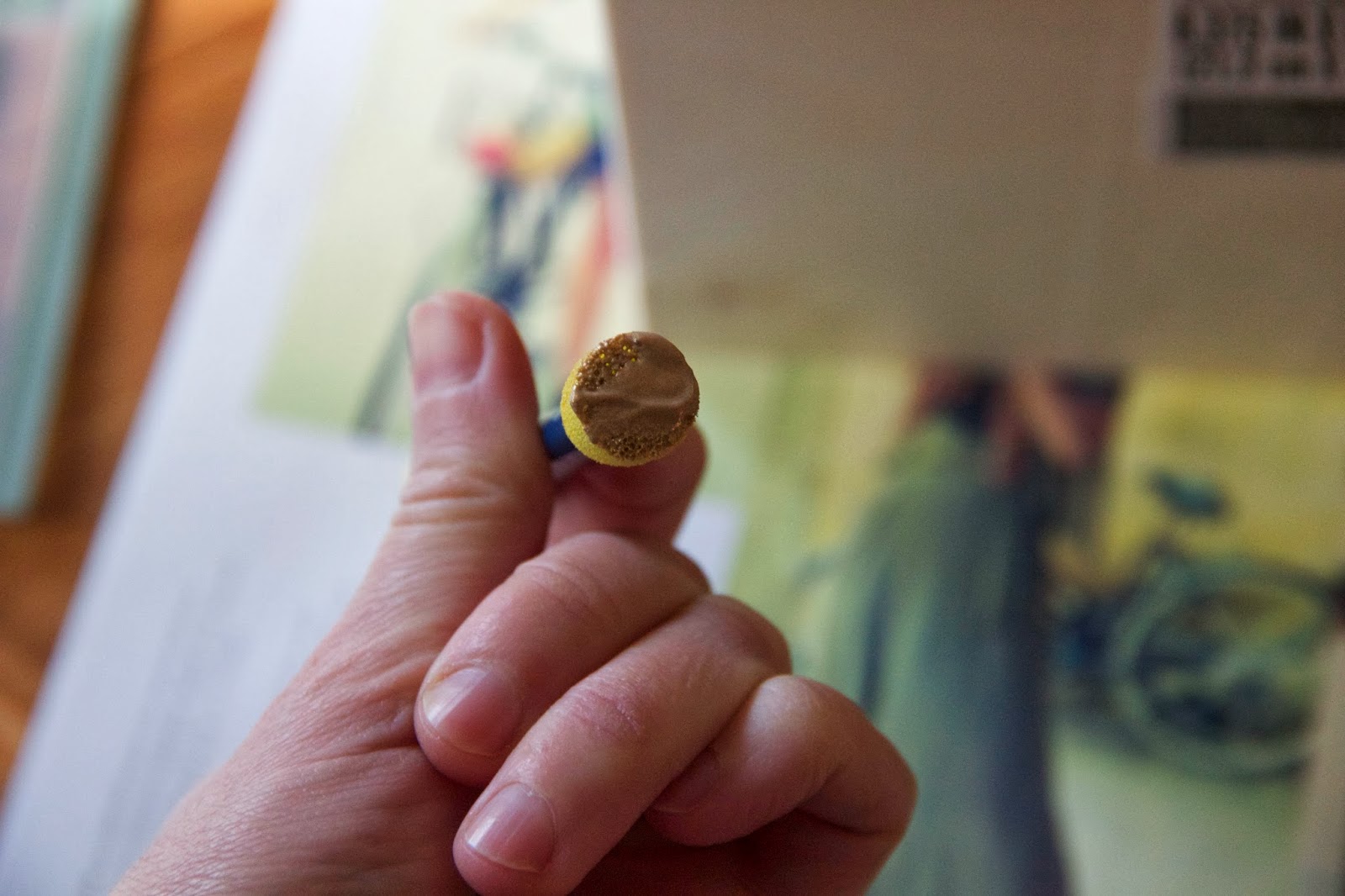 Dab paint on stencil. Don't worry, it's not rocket surgery. 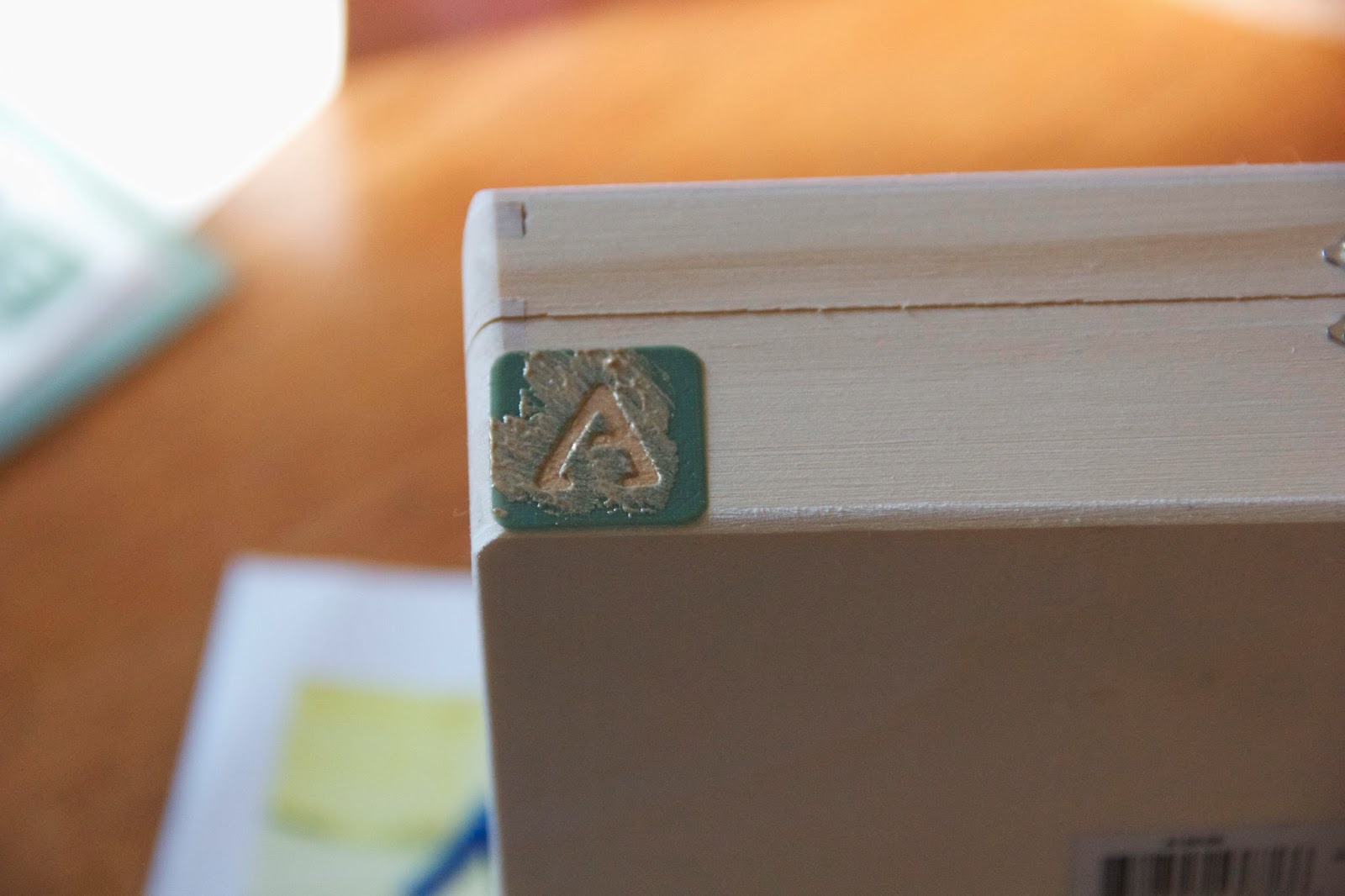 It is a little fiddly, though -- those rubber stencils don't really stick to the wood, so some of my letters are a bit imperfect (I'm looking at you, D). No matter, it's not really noticeable from a couple feet away. And fortunately, one coat of paint turned out to be plenty, so I could remove each stencil right away and go on to the next letter. 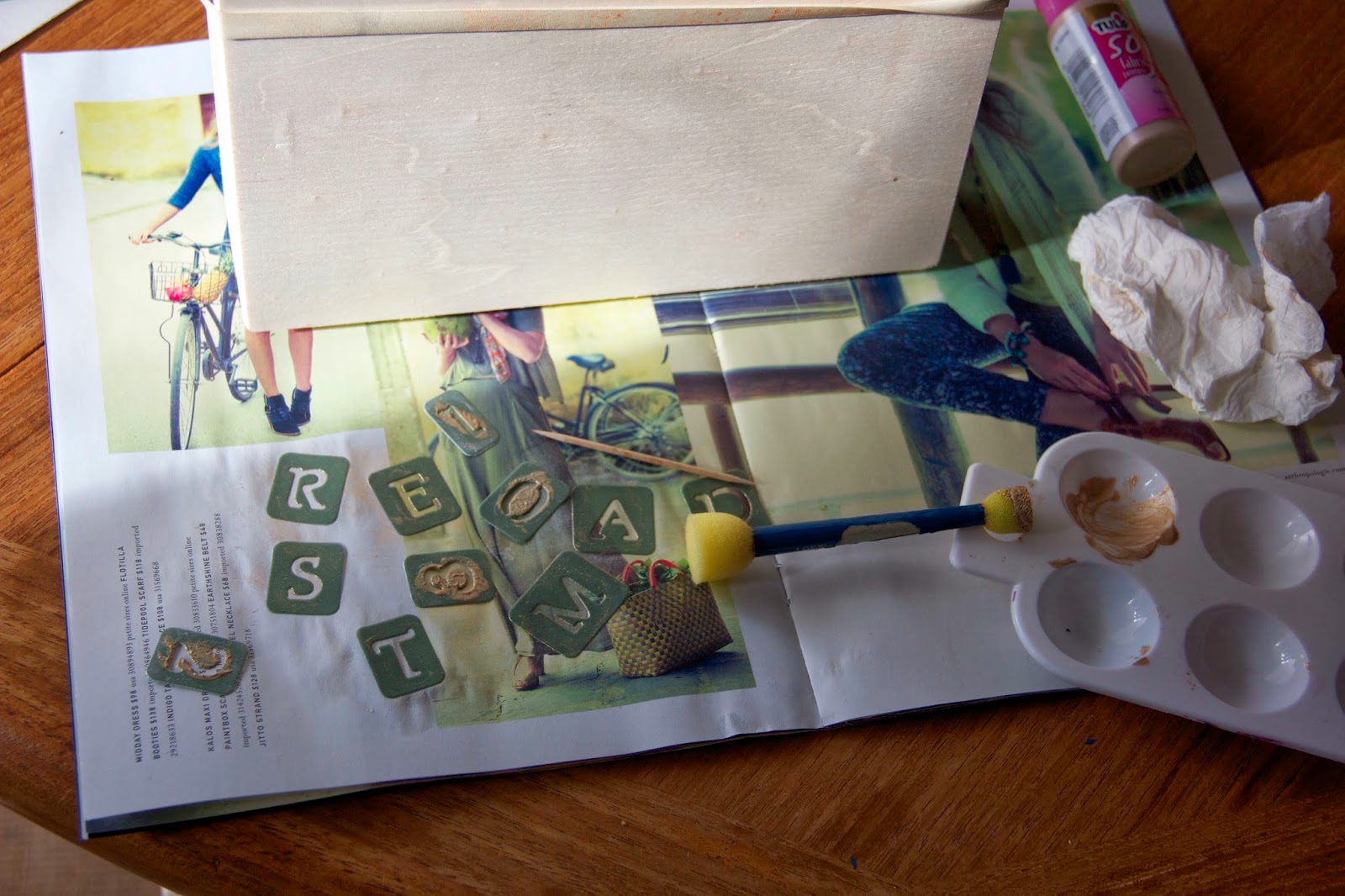 You might notice in that picture up above a rubber band around the box near the top of the frame -- I used that to hold the box closed so I could flip the latch open and get a stencil underneath.

And that's it. You could put some kind of poly or varnish on the box to seal it, but I didn't bother -- I figured with the amount of handling it will get, the paint will hold up just fine. I gave the paint an hour or so to dry, then tossed the postcards and other trip ephemera inside. 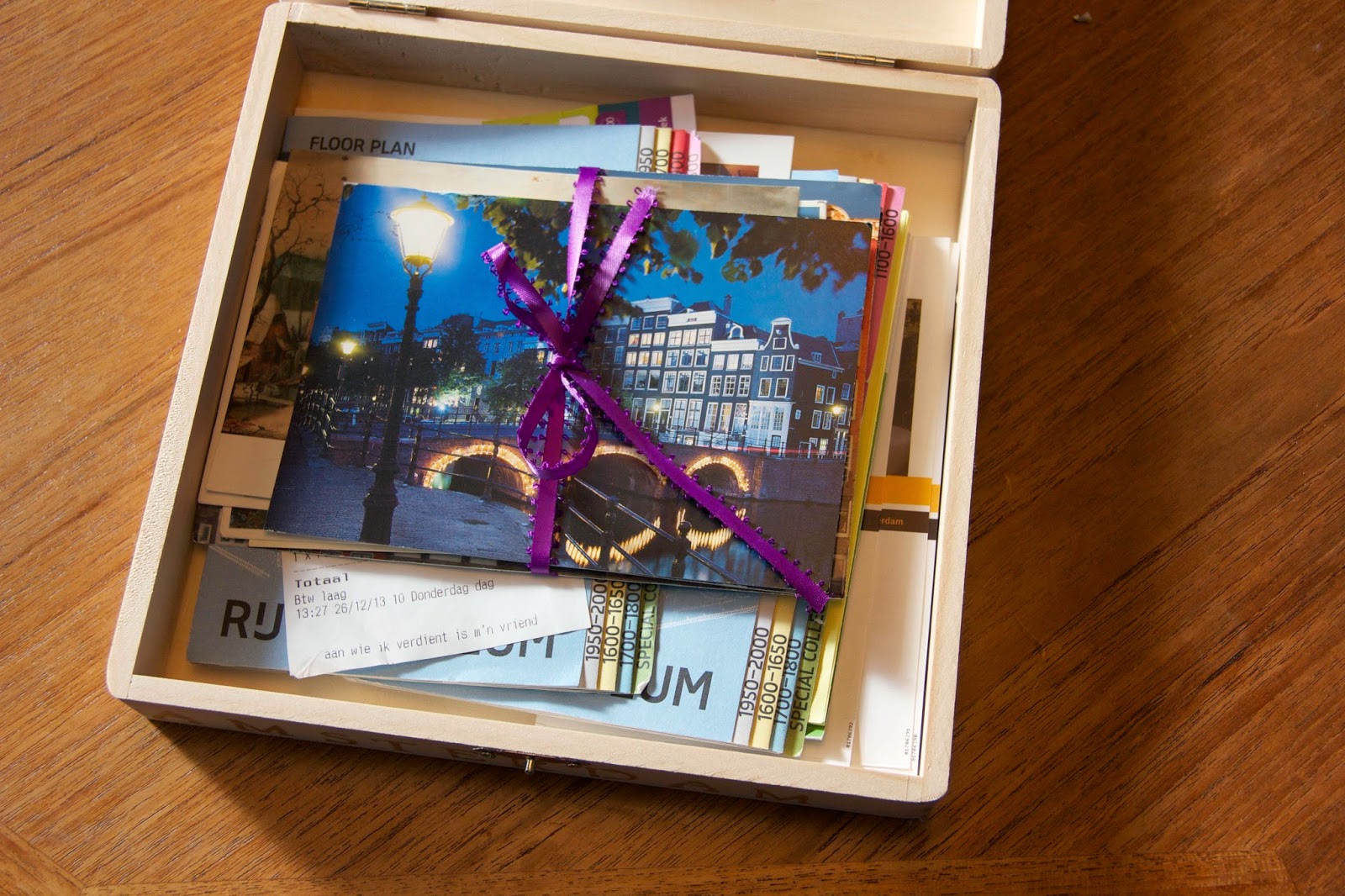 (Yes, I did save tram tickets and the receipt from lunch at our favorite cafe, and I don't know why you're surprised; I've never pretended to be anything other than a sentimental fool.)

Anyway, here's to the future, may it hold a whole bookshelf full of cigar boxes. 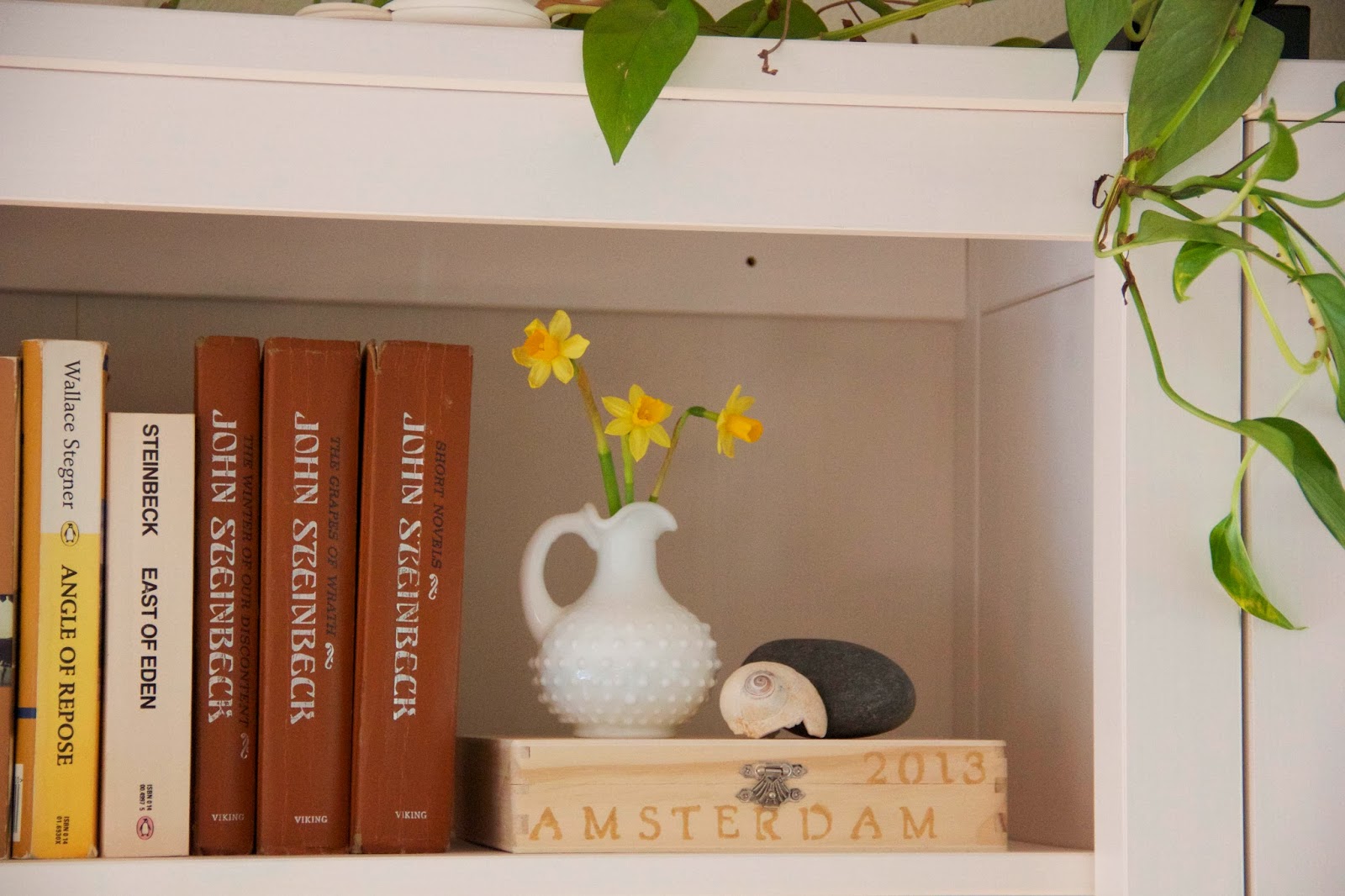