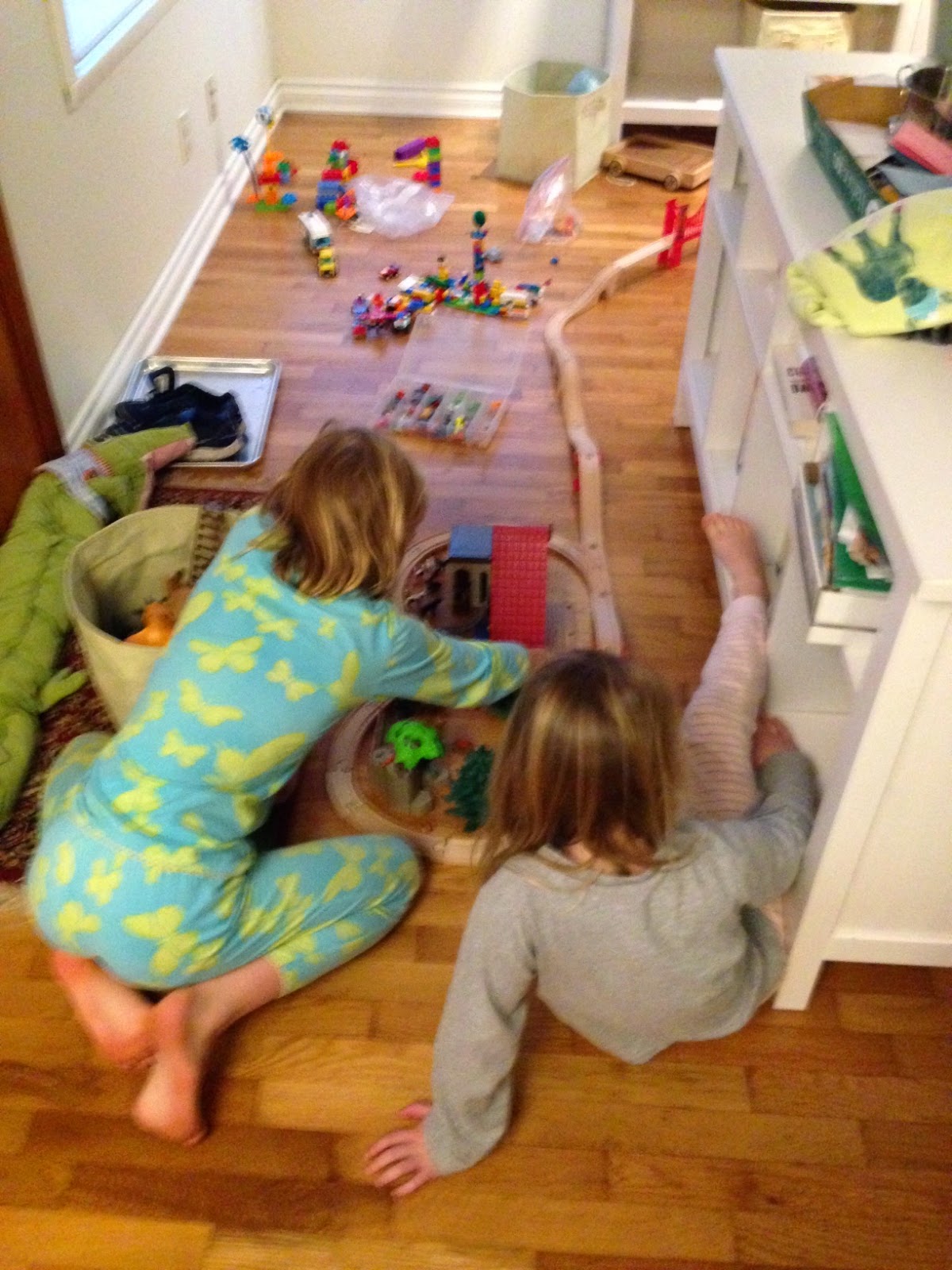 My daughter had her cousin over for a sleepover this past weekend. That's the two of them in the picture above -- my daughter, 7 1/2, is on the right and her cousin, who is almost 9, is on the left.

The girls set up a sprawling landscape in the living room using our wooden train set, a number of quirky Lego structures, and various Playmobil sets. In the picture above, they're sorting out the details of an area called Camp Happy Hollow.

They also spent a lot of time playing "kitties," which I'm pretty sure is the game my daughter would prefer to play over any other and involves acting out a long and fluid narrative about being slightly skittish yet resourceful beasties in need of a home.

(At one point I was recruited to muse aloud about the DELICIOUS MOUSE PIZZA I was ordering for dinner, and drop broad hints about when I would be out of the house so that the ravenous kitties could sneak in and eat my leftovers.)

I'm thinking a lot about narrative these days, as the project I'm working on during my 32-day writing challenge is a novel. In the great schism between pantsers and plotters I am sort of a self-hating pantser and I'm chagrined to admit that even though I started working on the story *mumble mumble* years ago there are still whole swathes where I don't know what happens next.

So it was fascinating to see how the girls would sometimes change some aspect of their kitties narrative and then re-enact a scene to reflect the change. It wasn't just that they made things up on the fly and the story evolved over time, they actually went back and revised earlier scenes in the game.

It struck me as not all that different from what I am doing with my own writing, and I started wondering whether that sort of re-vision and re-enacting is an important part of the developmental function of narrative play, or maybe even something fundamental to how we humans create and experience narrative in general.

All this isn't apropos of anything much; I suppose it ties in with our earlier discussion about creativity and family life, but mostly I just wanted a place to record these observations while I mull them over.
Posted by Sarah at 3:24 PM