My home this season: December 2015 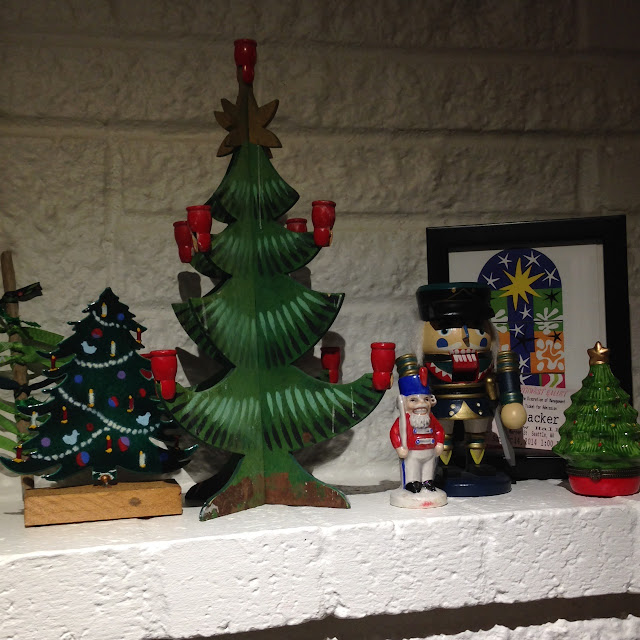 I thought I would share a few snaps* from around the house while it is still decked out in holiday finery.


(*And yes, they are snaps, quickly captured with my phone -- imperfectly focused and somewhat underexposed, but hopefully they get the point across.) 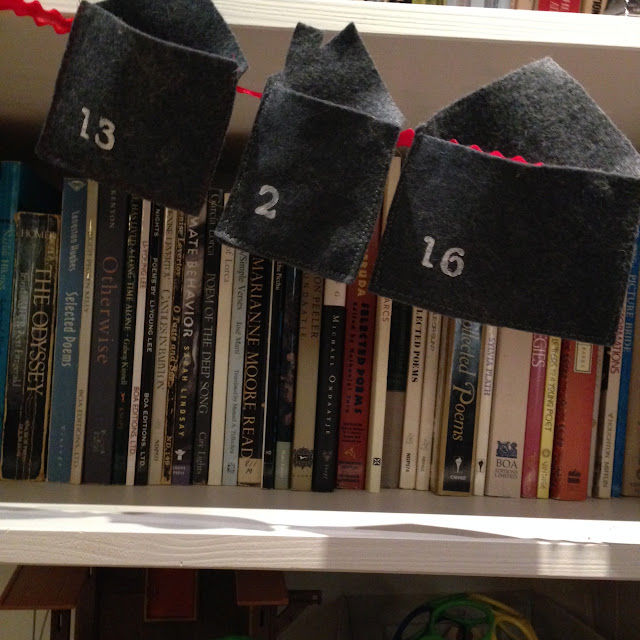 I love putting out treasured Christmas decorations each year (some pieces treasured because they are beautiful -- like that white-and-gold Lucia figurine below that I have admired since I was small, and that my mother passed down to me a few years ago -- and others because they are silly -- like the Santa I made from a toilet paper roll and red construction paper when I was about five, n.p.). 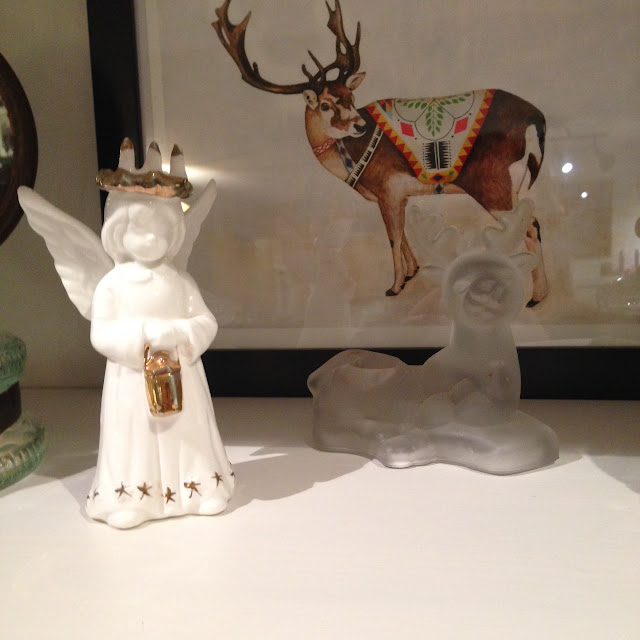 But each year I am also confronted with the realization that we have about three times as many decorations and ornaments as we have room to display, and quite a bit of the excess does not fall into the category of "treasured." Does holiday time in the Marie Kondo era leave anyone else with a feeling of ambivalence?

A lot of our Christmas stuff originally belonged to my husband's grandmother and has been passed down to us by my mother-in-law. My husband's grandmother loved Christmas, and went all-out with decorating. So it's wonderful to have some of her things. I love the little wooden Santas from Germany and the roly-poly tomtar from Sweden. 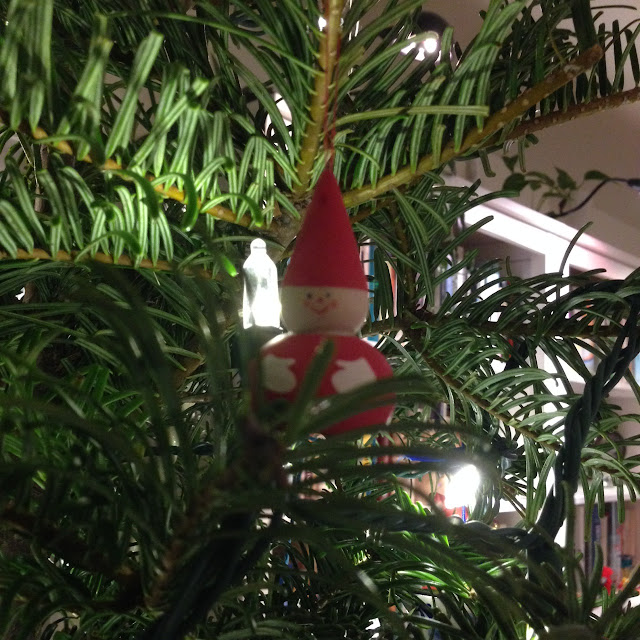 But she also tended to overbuy Christmas stuff, and had multiples of many items that she never even used. A number of ornaments and other decorations came to us with their original tags from the 1980s still attached.

So these are not sentimental things. And some of them are, um, not exactly my taste, aesthetically speaking. (I don't really think they're my husband's taste, either; if I knew they were, I would feel very differently about them.) Sometimes I look at our Christmas tree and feel a bit burdened by someone else's overconsumption.

And yet, I can't quite bring myself to sort through and cull the Christmas stuff. To do so seems, well, Grinchy. Contrary to the spirit of the season. 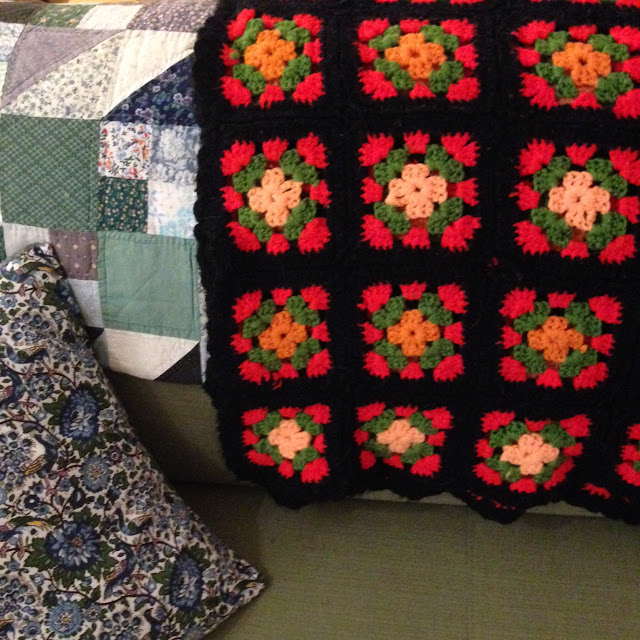 Funnily enough, as I was pondering all this my mother-in-law wrote me an email in which she informed me, "I'm just finishing lunch and reading an article in Yes magazine on the KonMari method** and I quote: 'Kondo says that gifting friends and family with our unwanted crap is unfair and actually prevents us from moving on.'  Oh my!  I must stop bringing you Christmas ornaments!"

(**She knows I am a semi-devotee, but, although she has been dedicated to winnowing down her own possessions over the last several years, has not read the book herself.) 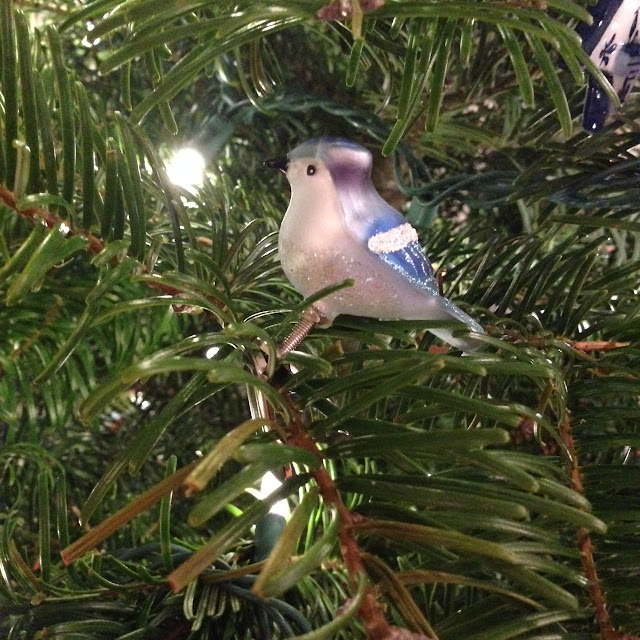 And I found myself telling her that I didn't quite think this was the answer. One of the ornaments she passed along to us this year, with instructions to give it to her granddaughter, was her own favorite Christmas ornament: a small, golden Japanese fan that closes and opens, etched with a scene of cranes on one side and a dragon on the other. It's very pretty and delicate, and I think my daughter felt quite grown-up to be entrusted with it. There's a lot of meaning in having physical objects to connect us with our ancestors.

(Looking through my photos I realize I didn't capture a shot of the fan ornament, but it has a prominent place on this little white tree that belongs to my daughter, currently topped with the extravagant purple glass bird that Sinterklaas left in her shoe this year.) 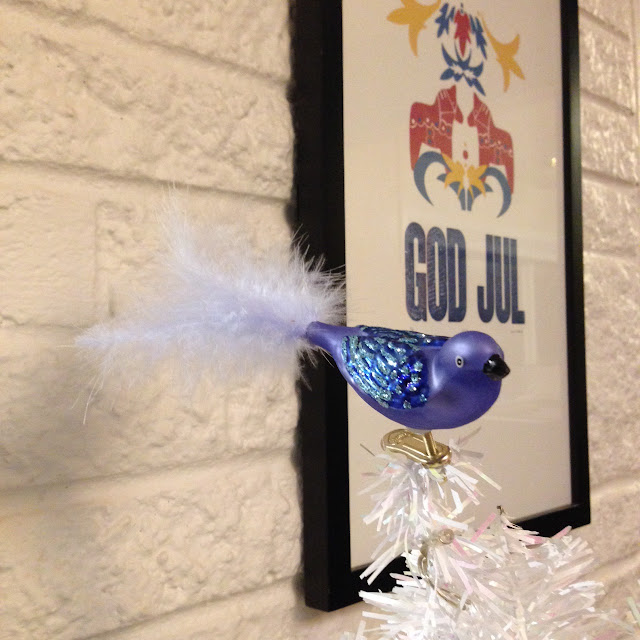 The current craze for decluttering has a lot of upsides (as I notice each time I open one of our newly spacious kitchen cabinets, or marvel at the entirely empty half of one of our kitchen drawers). But one of the downsides is the way that minimalism can actually make us more focused on material things.

And I suspect this decluttering business is also tied up with some of the other instigators of controlled perfectionism that currently prevail in our culture: the helicopter parenting and Tiger Mom-ing, the snowstorm of closely cropped images that is Pinterest, the relentless "curation" of social media.

Probably some of us are more susceptible to this sort of thing than others. I find that it's easy for me to get a little too fussy about needing things to be just so, rather than letting them just be.

For example, I felt pleased with myself for not rearranging the ornaments that my daughter had clumped all into a small section of the Christmas tree, and for letting her pick out a selection of cutesy wrapping paper rather than the austere and coordinated grouping that I would have fancied to be sophisticated. And then realized that this tiny bit of letting go was not exactly a reason to get all self-congratulatory. 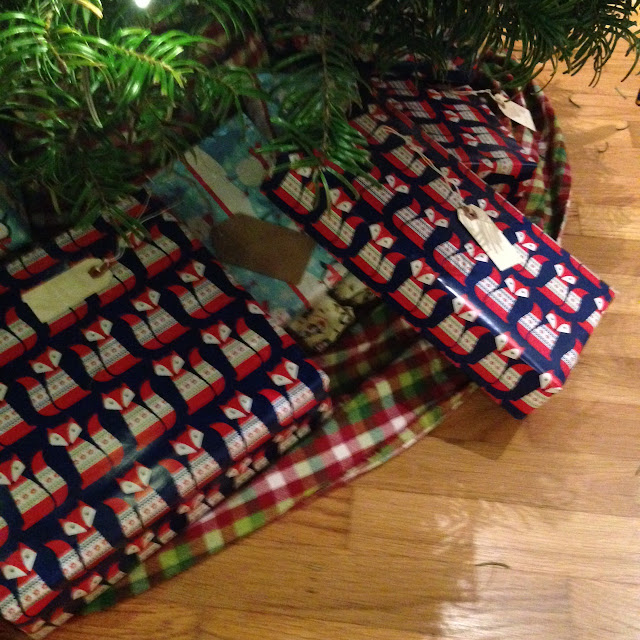 I mean, regardless of whether you celebrate Christmas in a religious or secular sense (or forgo anything Christmas-adjacent altogether), I think we can all agree that getting too focused on the trappings*** of the holiday season isn't really the point of the exercise.

I'm not sure I have a tidy wrap-up to these thoughts. I suspect that there's just a fundamental tension (or maybe, an unexpected kinship) between minimalism and materialism, and I'll probably keep on wiggling at these ideas like a loose tooth of sorts. In the meantime, yes, I'll continue to work on clearing away the crap and the clutter -- but I'll try a little harder to remember that this is not an end but a means. 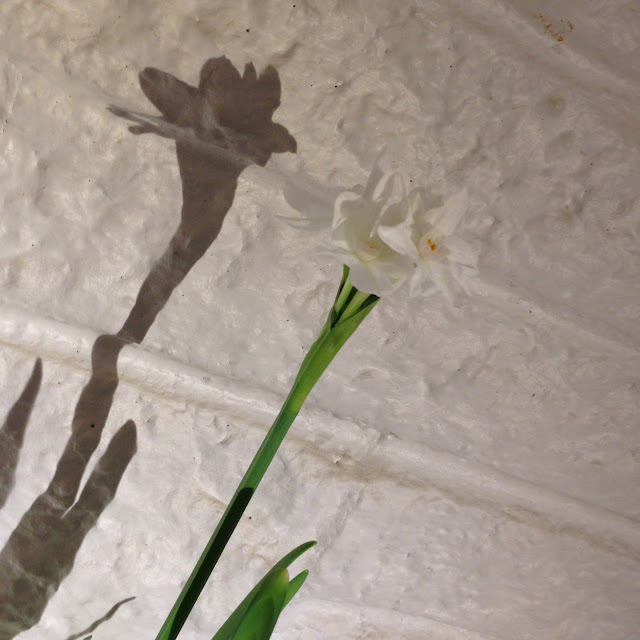 P.S.: If your Kondo fascination is not yet sated, I thought this was an interesting take on the phenomenon and investigation of the myth and reality behind it.
Posted by Sarah at 2:54 PM