Eating lately: As good as they say 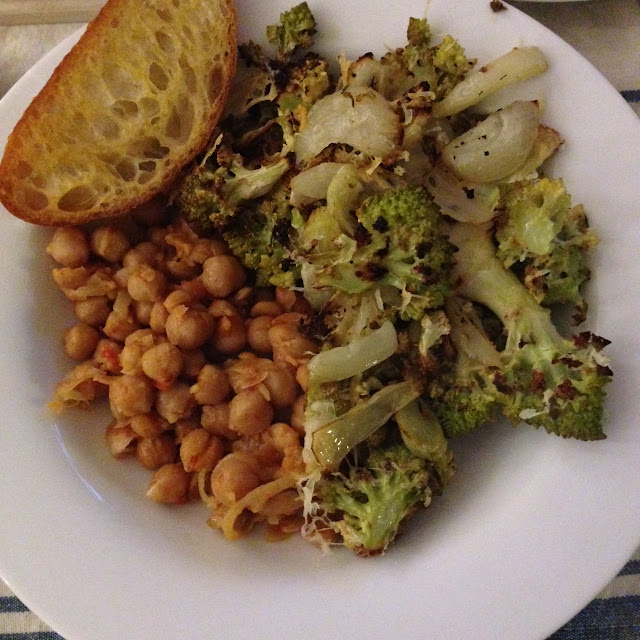 Here's a recent meal made up of two recipes that came highly (highly!) recommended from various quarters of the internet. Both of them, happily, lived up to the hype so I thought I would share. 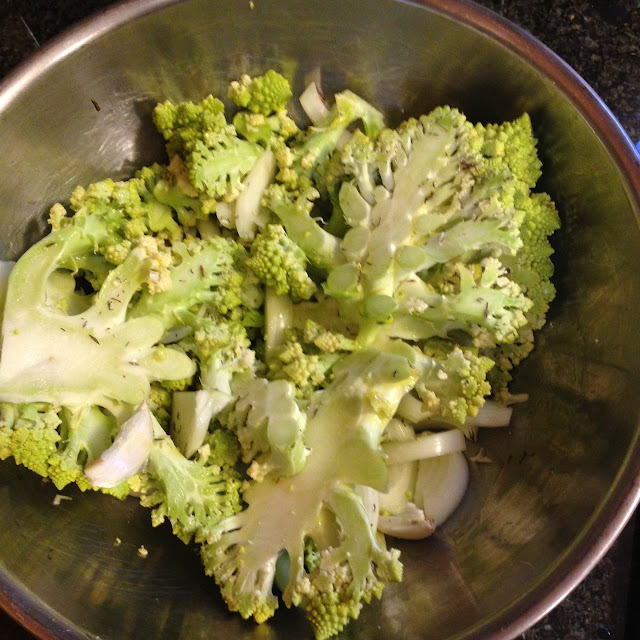 First, Parmesan-roasted cauliflower. I discovered this recipe on the the delightful simple-living blog known as Assortment; it comes from Allie Lewis Clapp of Bon Appetit via Molly Wizenberg of Orangette. Everyone who writes about this dish seems to apologize for its simplicity and then shout its deliciousness from the rooftops. Consider this my addition to the genre. 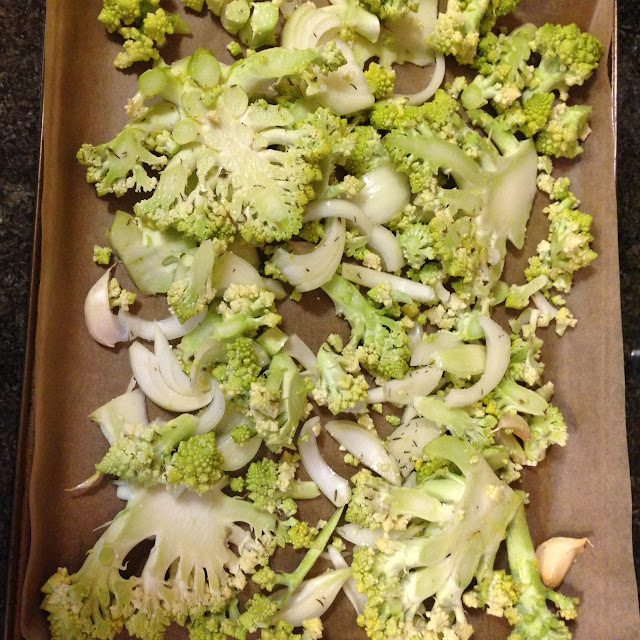 (One small tweak I may make next time, though, is to steam the cauliflower by covering it with an inverted baking sheet for the first 5 minutes of cooking -- a trick I learned from the America's Test Kitchen recipe for oven fries. I think that should help the thicker parts of the cauliflower soften and cook through before the smaller morsels and onions get too far beyond the desired "just this side of burnt" stage.) 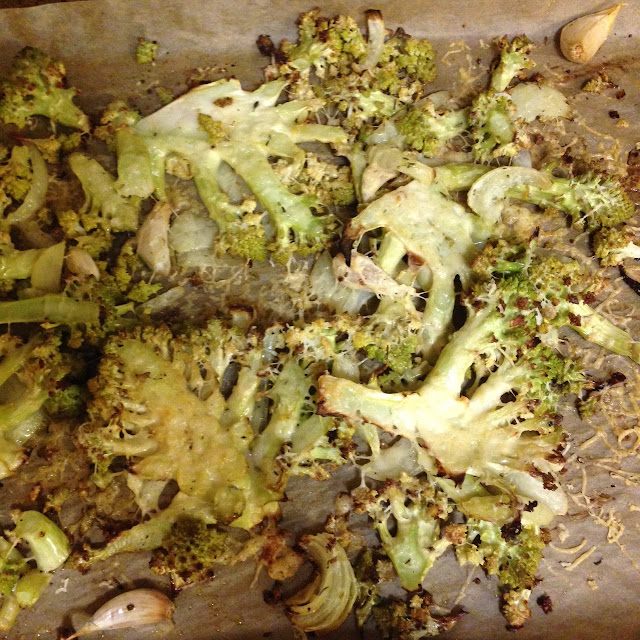 With my cauliflower -- the Romanesco version works just as well here as the common white stuff -- I served a hearty spoonful of chick peas. This dish was inspired by a recipe I pinned ages and ages ago from the blog Hungry Bruno. I liked the idea of "just chick peas," but to make things really work according to the original recipe, I think it would be necessary to cook the chick peas from scratch. Here I made do with the canned version, mashed them up partially, and simmered them for  about 20 minutes with some olive oil, a little bit of vegetable broth, and some finely chopped, spicy Mama Lil's peppers. And despite my rather loose interpretation of the recipe, this one, too, was as good as they say.
Posted by Sarah at 5:53 PM