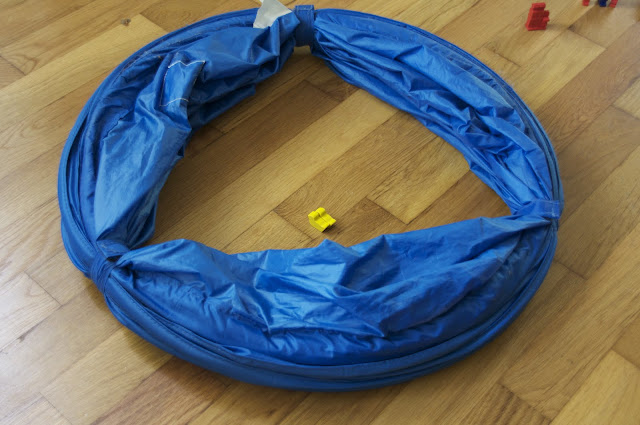 Look--a pond with ducks in it!

The kid came up with this entirely on her own and I thought that was super clever--to decide that she wanted a pond for her ducks, think of the fabric tunnel which is round and blue, and then go get it (it lives underneath the couch in the living room) and set it up. 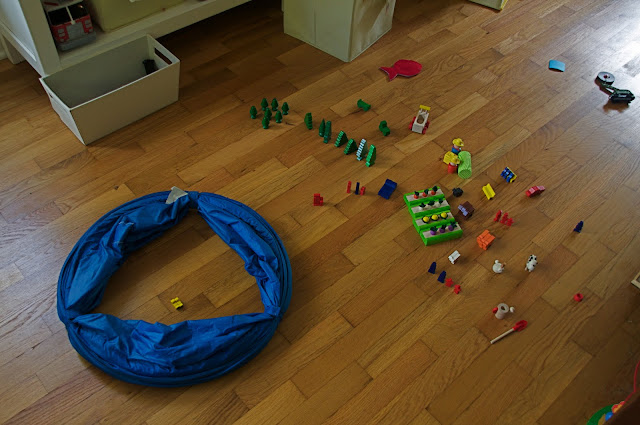 It's part of a farm that she's been working hard on, and enjoying, for several days now.

We have a small house, and most of the kid's toys are kept in the living room. I like this fact, actually, that we are all integrated together in one living space, and that it's obvious that a kid lives here too. 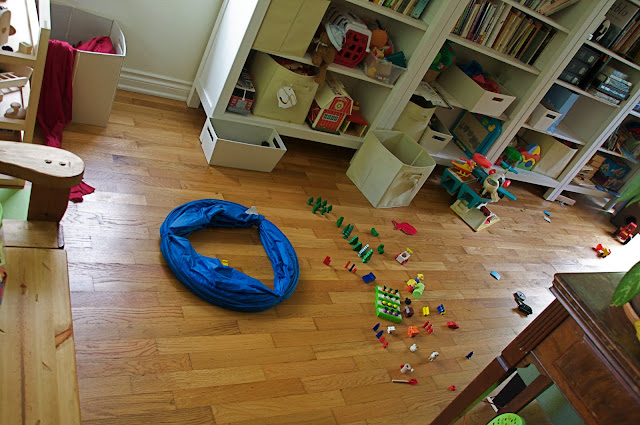 But I struggle with it too. I'm torn between wanting to let her be a kid and needing to clean up the mess.

Especially because my kid often plays with things in an unusual/creative way--Mardi Gras beads are not used for dress-up, they're different flavors of "ice cream" for "Rody's birthday party" (which happens roughly twice a day). Which adds to the visual clutter of things being "out of place" from my adult point of view.

And she gets engaged by all sorts of things that aren't really toys at all--rocks, pine cones, a square piece of cardboard from Target that turned into a "mask." This all is great, and I don't want to get rid of things before she's finished with them.

But then our house looks like this. For weeks on end. 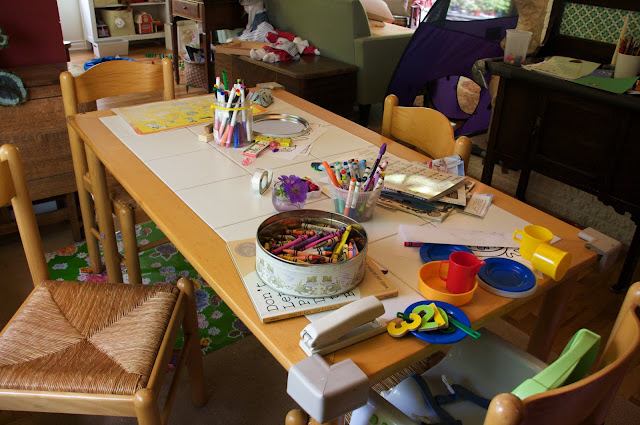 How do you draw the lines around kids and their stuff and their Very Important Messes?
Posted by Sarah at 6:43 PM