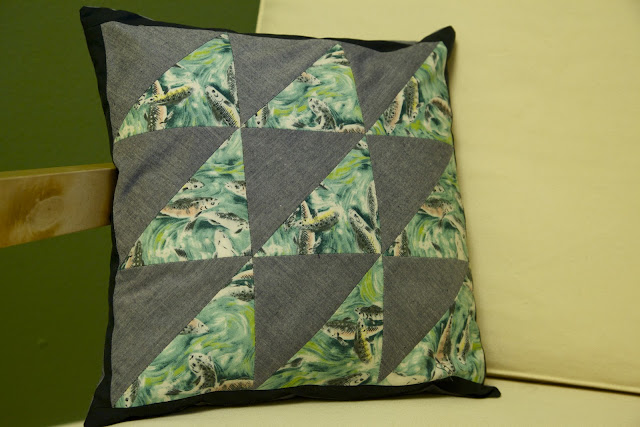 But for our first encounter I decided to keep it simple. This is the pillow cover I made for my mom for Christmas (she's into salmon, hence the fish print).

The chambray was inspired by this quilt, and came from a thrifted pillowcase I had on my fabric shelf. It was an envelope-back pillowcase, a fact I took advantage of when making my pillow cover: I didn't even have to hem! I felt so clever. 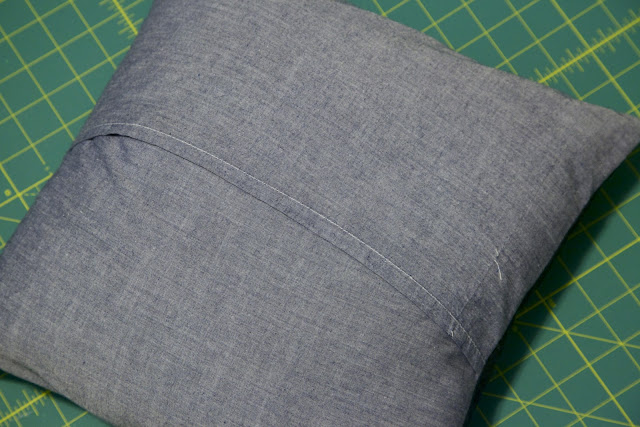 To make the triangles, I used this mind-blowing tutorial for making four half-square triangles at once from two larger squares of fabric.

Some commenters on that tutorial point out that what you get is actually four quarter-square triangles (quilters! such sticklers for detail, amiright?), so that when you then sew these smaller squares together you are actually sewing on the bias. I didn't find this to cause any problems though.

What did cause a few problems was the math. The link above includes an equation to calculate what size fabric squares to start out with based on your desired size of small squares, but I am sorry to say that I did not believe the equation and struck out on my own. My squares ended up bigger than I'd intended, which wasn't the end of the world, it just meant that the pillow's border was smaller and simpler than I'd planned. Still. The equation is right, so use it. I know that I will--often. Because I don't think there's anything half-square triangles can't do, and I love them. 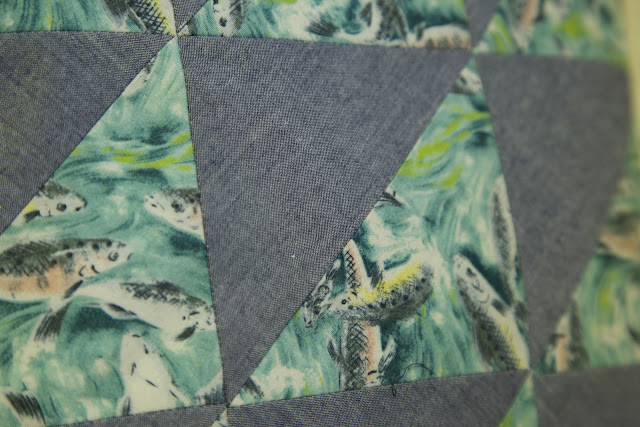