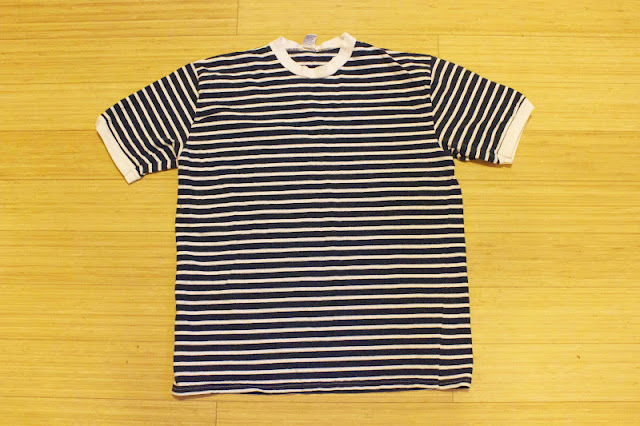 Take a man's t-shirt: kind of a dorky cut, but nice thick jersey in good condition--impossible to pass up for $1.99. 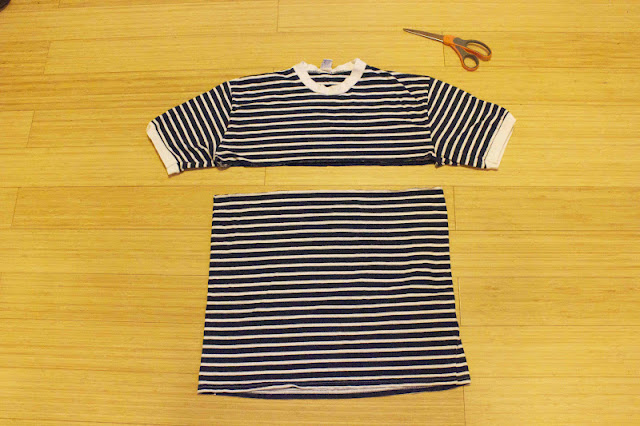 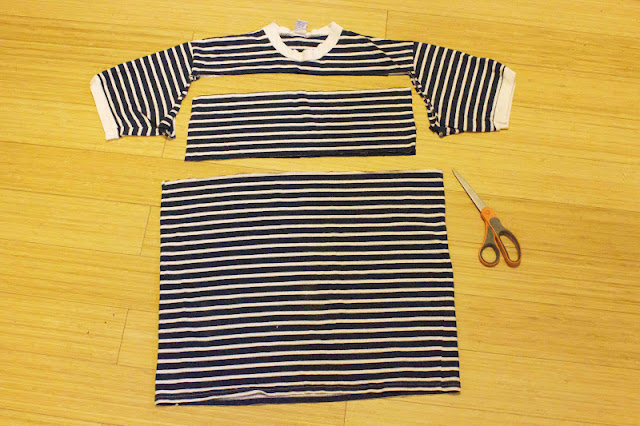 
Study ikat bag's tutorial for smooth waistbands. Try to pay attention when you sew the elastic together, so that you don't sew a twist into the loop. And read the tutorial carefully, so you don't end up attaching the waistband inside out. In other words, do as I say, not as I did at first, here. 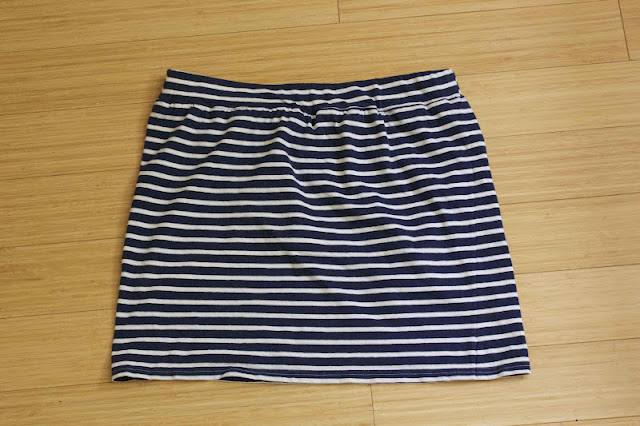 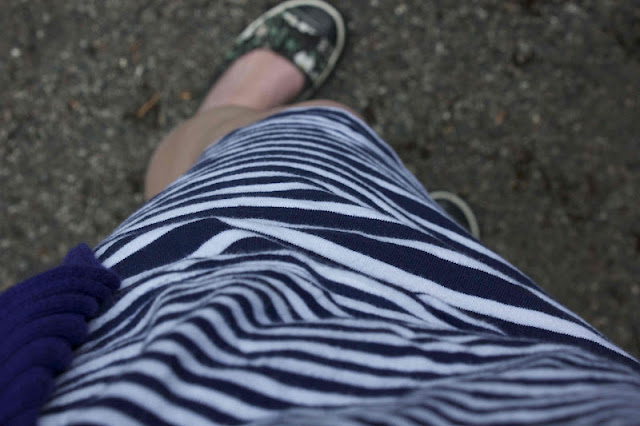 (And yes, that stripey top really is what I happened to be wearing when I finished the skirt. It's the coincidence that proves the rule, I say.)

Is this the tidiest, most professional looking skirt ever made? No. (I think I need to pin more than LiEr is in the habit of doing, for one thing.) But it's comfortable (read: a little big, if I'm being totally honest) and presentable, and suddenly I'm way less intimidated by the idea of sewing knits. Win!
Posted by Sarah at 5:57 PM