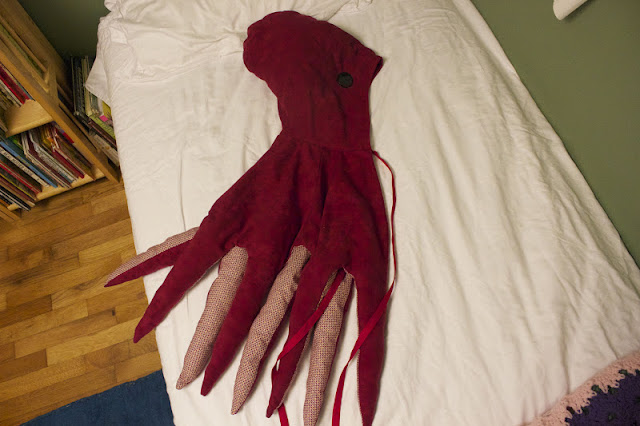 For someone who loves any excuse to DIY, and especially one that involves sewing, I've been surprisingly unmotivated about homemade Halloween costumes in the past, content to hand my girl a headband with ears and let her be a cat for the third year in a row.

But this year she said she wanted to be an octopus, and I found a pattern that looked doable, a free download from Martha Stewart, so I decided to give it a whirl.

The pattern is a basic cape, with the bottom shaped into eight arms. Using a polka-dot printed cotton for the inside of the cape gives the effect of suckers on the underside of the octopus's tentacles. 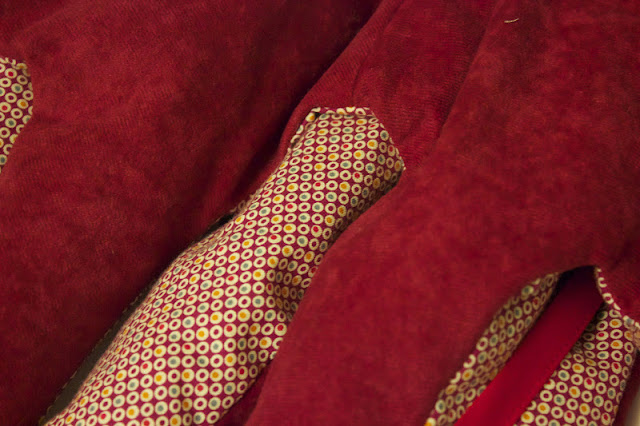 You stuff the arms and in between the layers of the hood with fiberfill, turning the project into a delightful hybrid of clothing and softie. 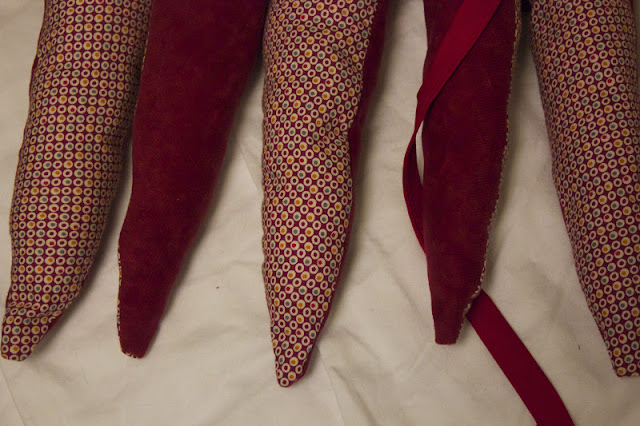 I'd been prepared to hate the pattern. I think Martha Stewart's material is often aesthetically pleasing but impractical, and unnecessarily complicated. (I've been burned by a couple of her recipes before.) At first it seemed this project was heading in the same direction when I downloaded the pattern and discovered a single sheet of 8.5x11 paper with instructions to enlarge by 400%. A free pattern that requires a $10 trip to Kinko's is...not so free anymore, is it?

But things improved from there. The further I got into the project the more fun it was to sew. I was grinning when I finished and floated on the high all evening.

Best of all, my girl wore it happily (sadly never a given with hand-mades). It still seems a shame to do all that work for an item that only gets worn for a half-hour or so (we are not big trick-or-treaters; when the girl announces "I think I have enough candy" we don't argue). So I'm thinking a trip to the aquarium, in costume, is in order sometime soon. 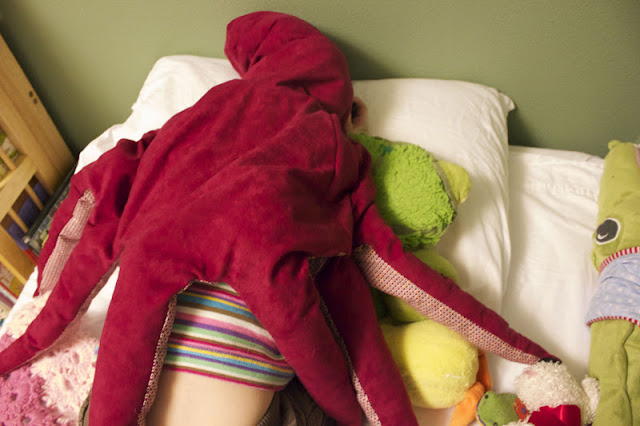 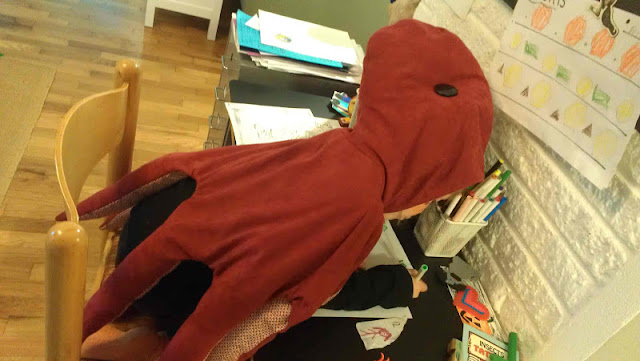 Here are some more specifics about the project: 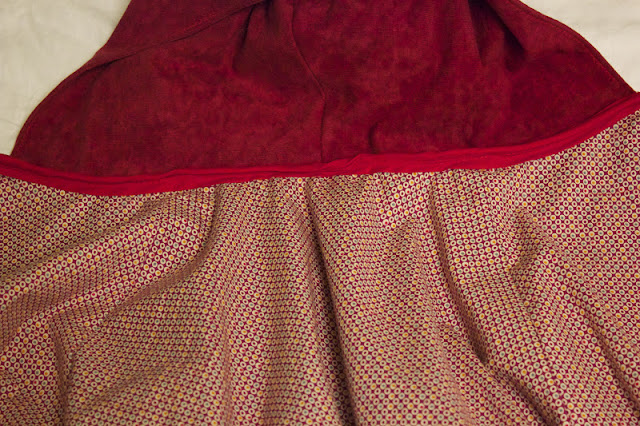 The cons:
What I did differently: