On the other hand

...a few reasons why I don't make many of my daughter's clothes. 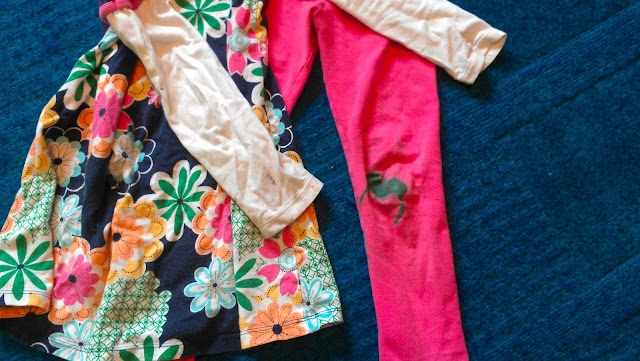 Because you never know when you're going to inadvertently kneel in still-wet leprechaun tracks. (And because the paint at Kindergarten is not as washable as the paint at preschool.) 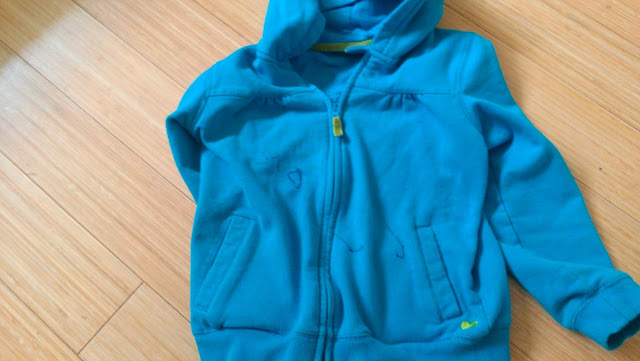 Also, because who thought it was a good idea to give Kindergarteners real pens? 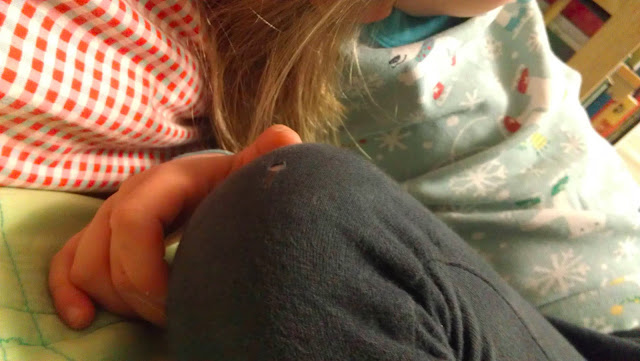 And also, because this. (Yes, that's two pairs of leggings ruined in less than a week.)

I'm not saying my daughter is suuuuuch a tomboy, she does like twirly-girly things, but she is sort of inattentive to general matters of kemptness. (The kid who neither notices nor cares that she has magic marker all over her face? That one's mine.) And she's enough of a tomboy (or whatever; actually I kind of think that term is problematic) that her primary sartorial concern is: Can I stomp in rain puddles effectively while wearing this?

My man commented the other day that the clothes that I make for my girl hardly ever get worn. (Not that she doesn't wear them; it's not that she's rejecting them, it's that I rarely suggest them.) For the past several years I've made her a dress/outfit for her birthday, and one for Christmas. And maybe, in fact, that's all my schedule can support!

I have this really distinct memory of wanting, when I was in maybe third grade, a prairie dress with "pink and blue rosebuds on a fawn-colored ground," an idea I must have gotten either from the Little House books or the In Grandma's Attic books. No, I never had that dress, but I remember how much I wanted it (and how vividly I imagined it). And I think how cool (and how much easier, in an age of indie pattern companies and Spoonflower) it would be to fulfill that sort of wish for my girl.

So, anyone have any tips on getting over the fear of handmades getting ruined, so that they can actually get used?
Posted by Sarah at 7:10 PM