On accidentally decorating a mantel 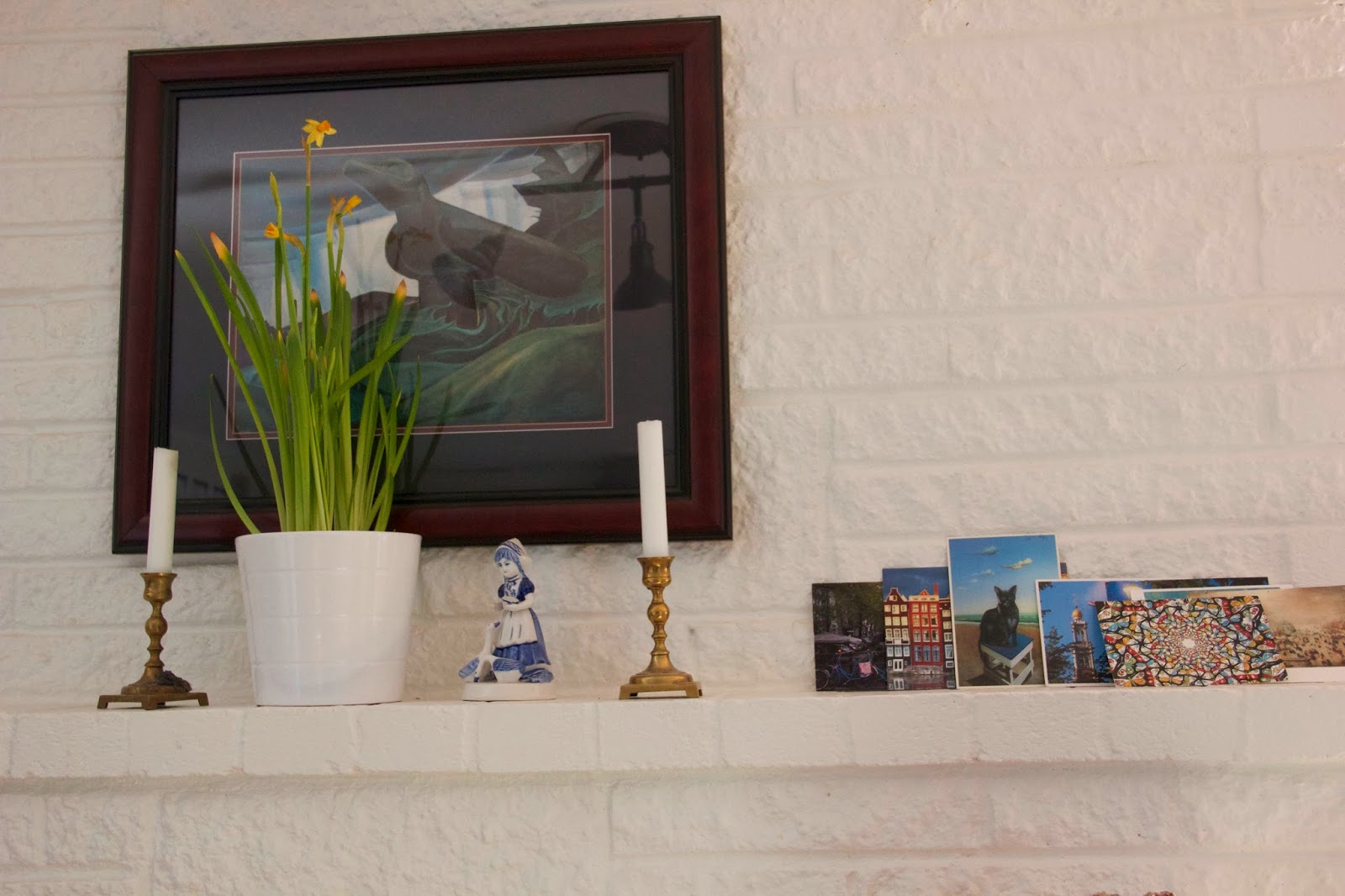 Have you noticed that decorating one's mantel is kind of A Thing in the home/design/decorating blogosphere?

I won't point to specific examples because I'm really not trying to knock the practice -- I'm just saying that it seems like everyone is forever decorating and redecorating their mantel.

I've done it myself, though I'll be the first to admit that I'm not very skilled at "styling" and I've never been terribly impressed by the results.

The other day I looked up from my perch on the couch (exactly the spot from which I'm typing this post right now, as it happens), and noticed that I had accidentally decorated the mantel.

I think I like it better than any of my previous efforts in this area.

Here's how it happened. After I put away the Christmas decorations a few weeks ago (which had covered the mantel in a very crowded, linear, shall we say six-year-old-ish, arrangement), the mantel was just about bare except for those two brass candlesticks. (I bought them at a secondhand shop in Stockholm, as a gift for my man back when we were dating.)

Our travel journal postcards were there too -- without giving it too much thought, I'd tucked each one up in that spot as they arrived in the mail.

At some point I added a pot of daffodil bulbs from the grocery store, for a little January cheer. They're rather past their prime in the photo above, but you get the idea.

The Delftware figurine belonged to my grandmother; I put it over here a little bit because I thought it would look nice with the daffodils but mostly because its previous position on the kitchen windowsill was starting to seem precarious to me. 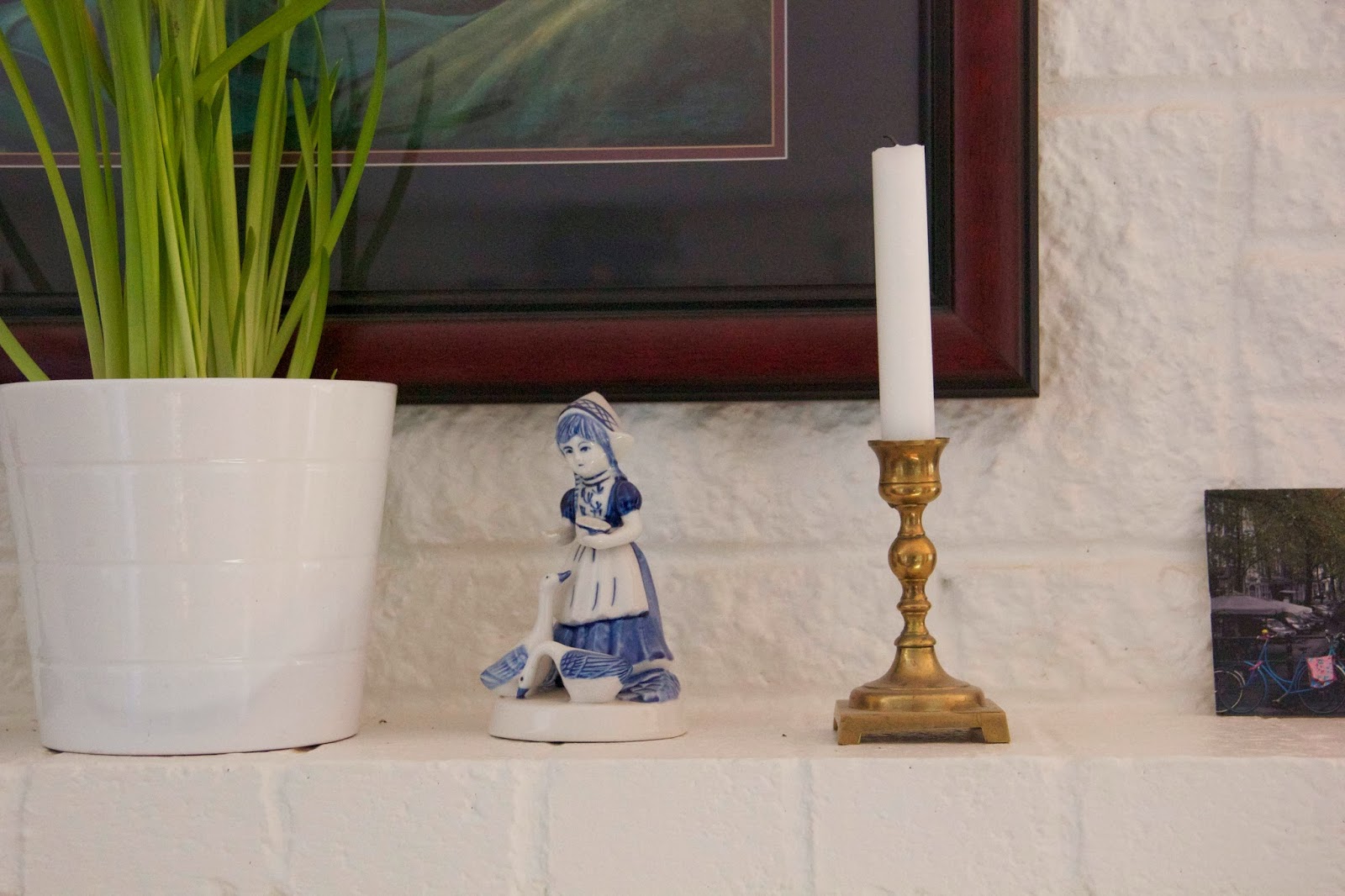 The print above the mantel is a painting by Emily Carr. I've talked about her a bit before, but to recap, my man and I took a road trip to Vancouver soon after we started dating, and the print is from an exhibit we saw at the Vancouver Art Museum. (Ha, remembering this amuses me in light of my previous post -- perhaps I somehow recognized that this trip was going to be significant enough to require more than just a postcard souvenir.) A few months later, he spirited the poster away and had it framed to surprise me for my birthday -- the first and probably only time he has been grateful for my generalized packrattish chaos that enabled him to do this without my suspecting a thing.

Now, I'm not claiming my mantel arrangement is going to win any design awards--it's certainly not. I'm just taking note of the fact that this collection of things makes me happier to look at than other collections that were made with primarily aesthetics in mind. At a time when we're awash in a sea of disembodied inspiration images, it's good to be reminded that often, what pleases the heart is also what pleases the eye.
Posted by Sarah at 9:24 AM