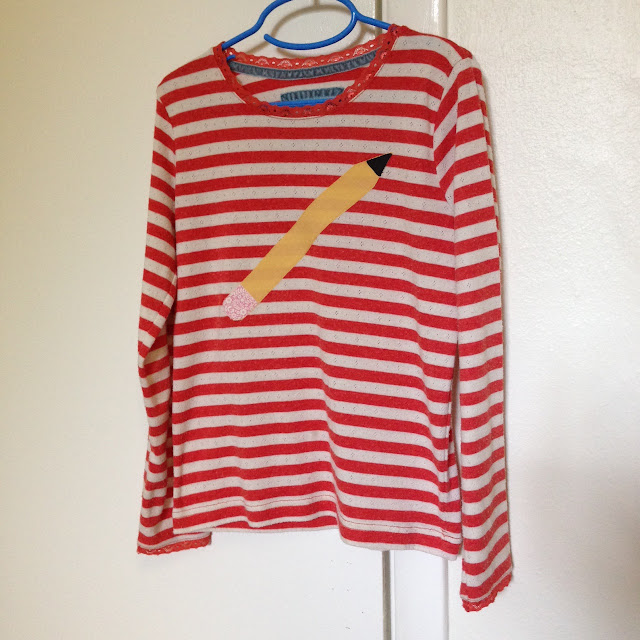 No, that's not a typo. My daughter requested a shirt with a pencil on it to wear on the first day of school; she is starting third grade and I doubt this sort of charming earnestness will be around much longer (kind of surprised it is even still in play, really)*, so I was happy to oblige.

*(More evidence that those innocent childhood days are numbered: I asked to take a picture of her wearing the shirt before we left for the bus stop this morning, and noticed that she was posing. That is, instead of smiling for a picture while wearing her shirt, she was trying to look a certain way. Like with a knee pop and everything. I felt pretty sad about it, to be perfectly honest.) 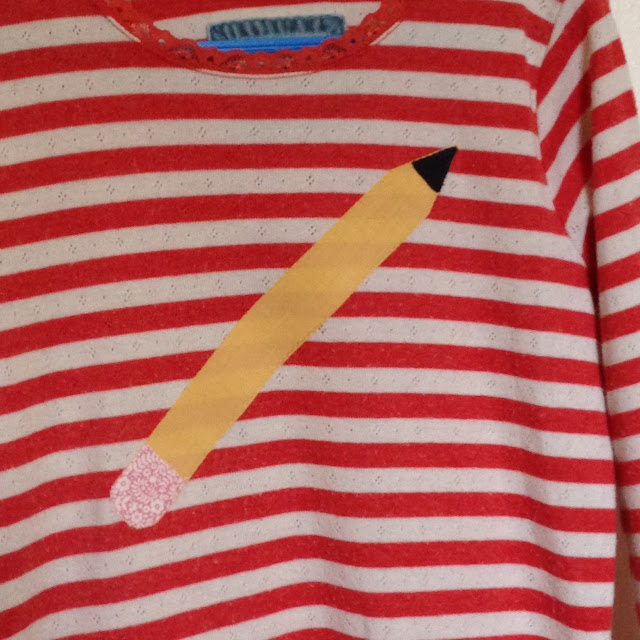 The shirt itself is a hand-me-down from her cousin and the pencil is made from fabrics my daughter chose from my embarrassingly large stash. I would like to point out that I cared enough to change the thread in my machine three times to match each element of the applique.

I did this project in a mad rush last Tuesday afternoon but my daughter didn't get a chance to wear her shirt until today: the start of school was delayed 6 days by a teachers' strike here in Seattle. Officially, the strike is not over but merely suspended; the teachers won't vote on ratifying the tentative contract until this weekend. I hope they do accept it (my daughter would be heartbroken to be out of school again), but even if they do it's clear that what we have here is not a finished object but very much a work in progress. Without getting too strident and overtly political, there seems to be a groundswell of energy among parents to finally force our state government to fix the systemic underfunding of public education that has been going on for four decades now, and I'm hoping to play some small part in that effort.

So here's hoping my daughter and I both learn and achieve a whole lot this year. 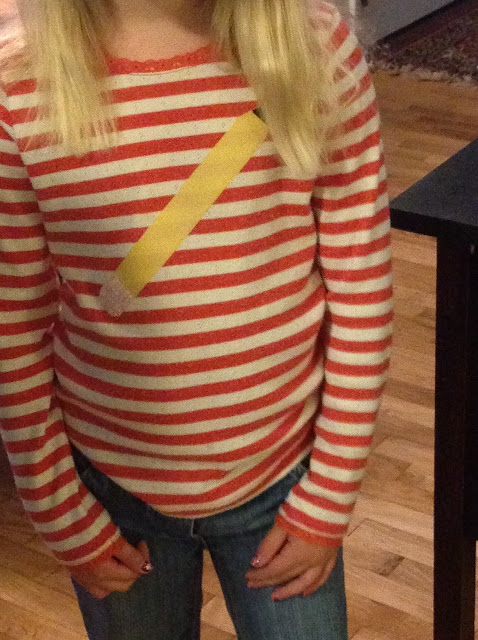