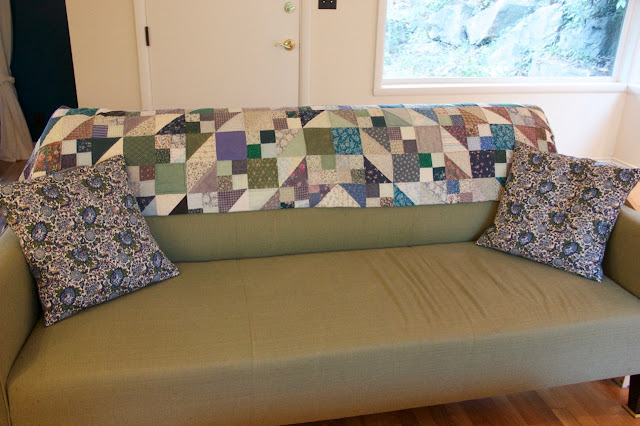 I made some covers for the throw pillows on our living room sofa.

You can see that the need for new covers was acute. The pillows were hand-me-downs from a friend. (Yay for free decor.) They came with some simple ivory velveteen covers that served us well for a while. But one had gotten quite dingy and one had suffered an even worse fate -- a fatal run-in with a glass of red wine. Oops. 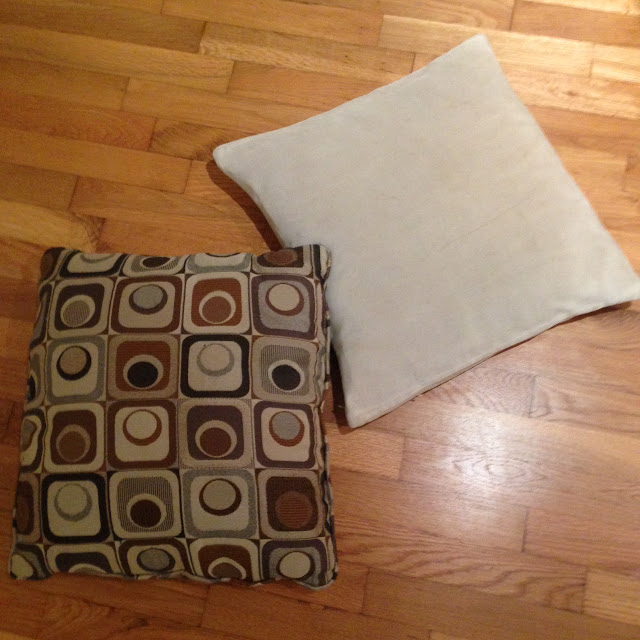 I finished these some weeks ago (there was a sneak peek in my post on Christmas decor) but I'm just getting around to throwing them up on the blog now. 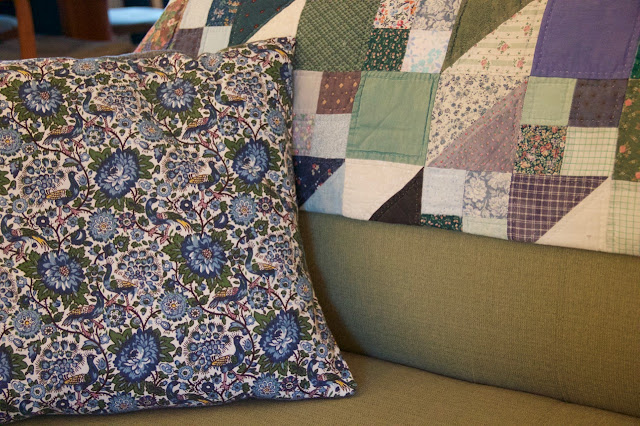 Actually I debated whether they were really "blog-worthy" at all. I mean, I am not exactly breaking new sewing (or decorating) ground with a pair of envelope-back pillow covers. They are nothing more than a bit of arithmetic (I first wrote "algebra" but even that is overstating the case!) and a few straight seams.

On the other hand, I really love them! I love the combination of fabrics -- the backs are a black linen-cotton blend by Robert Kaufman with a wonderful texture, and the fronts are a home-dec-weight fabric with a print of peacocks that I thrifted a while back. The print reminds me a bit of Liberty of London (it's not, as far as I know, just has that look) and feels a bit sophisticated and grown-up. 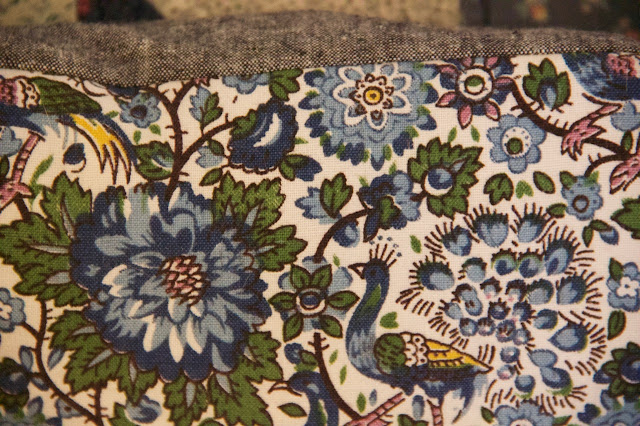 Also, they took me a whole afternoon to make, so I guess I feel compelled to record the output of my efforts. I am not a very fast seamstress, perhaps because I am not that experienced and don't get to my machine as often as I would like. And when I do sew I like to be very careful and thorough about it. So maybe with more practice I would get faster at banging things out, but I think I'm going to stop worrying about my inability to actually make a "1-hour X" in a mere hour.

All in all, it's good to remember that even simple, commonplace projects can be non-trivial, both in the time and effort required to make them and in their eventual impact.

I did make one mistake in the sewing: I meant to construct both pillow backs so that the outside flap would be on top facing down, as I thought this would keep the pillows looking neater. But I sewed the second one -- of course, it was the very last thing I did, and I was hurrying by that point -- backwards, so that the outside flap is facing up. Oh well, I figured, nobody would really see it and it would be an opportunity to test my hypothesis about which construction technique wears best. (Spoiler alert: I was right, outer flap facing down is best.) 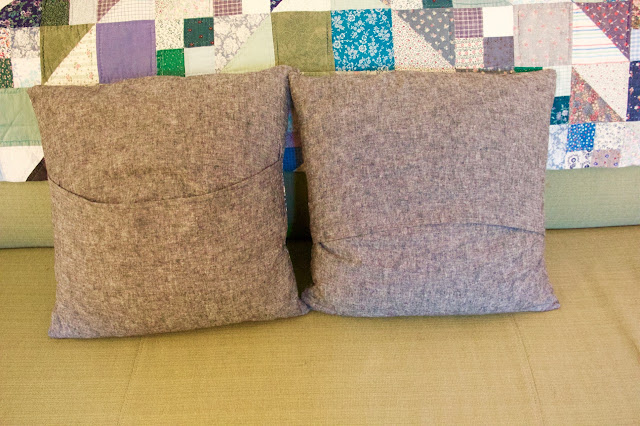 After I finished the pillow covers, I did something very unusual (at least, for me). I put the remaining peacock fabric in my Goodwill bag rather than back on my shelf. I thought: this fabric has served its purpose in my creative life, I'm going to pass the rest of it on (or something along those lines; I swear it sounded less pretentious in my head). And you know what? I don't regret it.

PS: Since we're on the subject, did I ever go through the Christmas stuff to determine what sparks joy in my Grinchy little heart? Reader, I did. And in the end I didn't manage to let go of all that much. I asked my daughter which things were precious to her, and she selected a lot of items that I would have been ready to pass on. So into the Rubbermaid bins and back up to the attic it all went. And I don't regret that either, because after all, it's not just about what sparks joy for me now, is it? 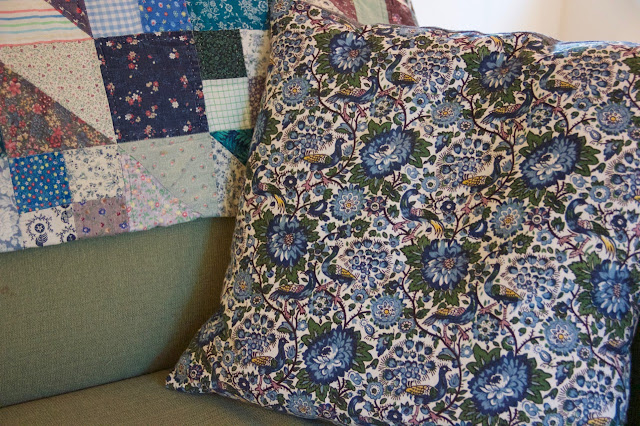