Why I am no longer keeping a well-stocked pantry 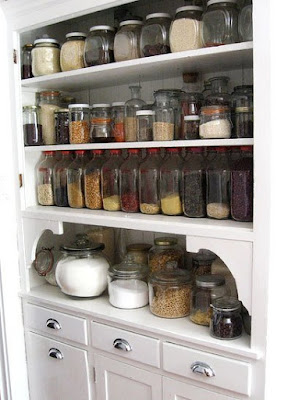 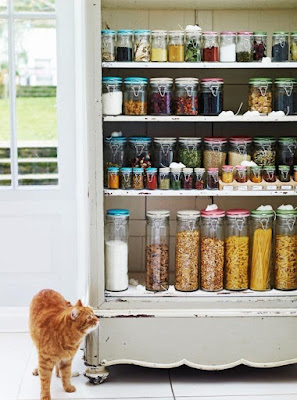 I am a sucker for a beautiful pantry, with rainbow-colored collections of beans and grains and variously-shaped pastas arrayed in matching jars. Wouldn't it be nice to be not only so organized, but so prepared to cook so many different dishes?

But as nice as images like the ones above are to look at, I've realized that taking a similar approach to my own pantry is a recipe for food waste.

The truth is, I don't cook "so many different dishes," at least not very often. Mostly I cook the same things over and over.

This is part of how my pantry cupboard that I showed you before-and-after shots of recently got so out of hand. 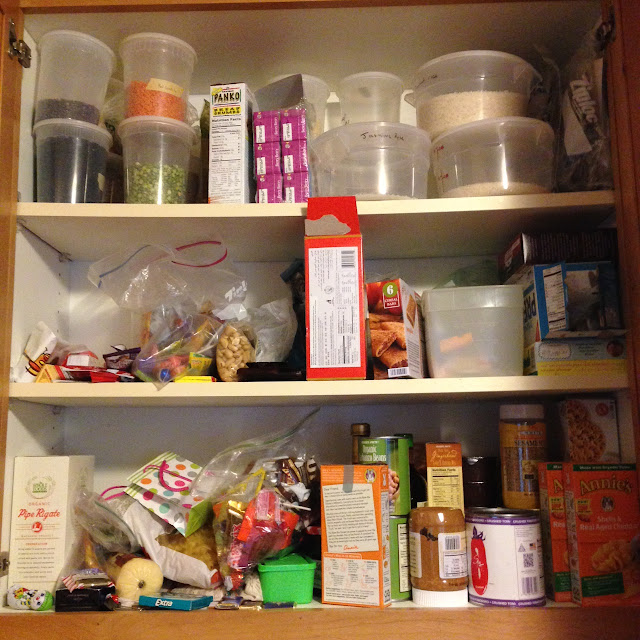 When I cleaned it out I tossed any cans and jars that were expired*, anything so old that were it a child it would already know its ABCs, and anything that, let's be honest, was not going to get eaten because no one in the house actually liked it.

*(I realize that "expired" when it comes to most canned goods is more of a suggestion than a hard-and-fast eat-by date, but there was a lot of stuff that was so old or out of date that when I considered cooking with it I thought: "Well, that's so old though..." and didn't use it. I wasn't going to become more likely to use these things as they got even longer in the tooth so there was no point in keeping them.)

This process resulted in a much sparser cupboard, and I'm calling that a good thing. 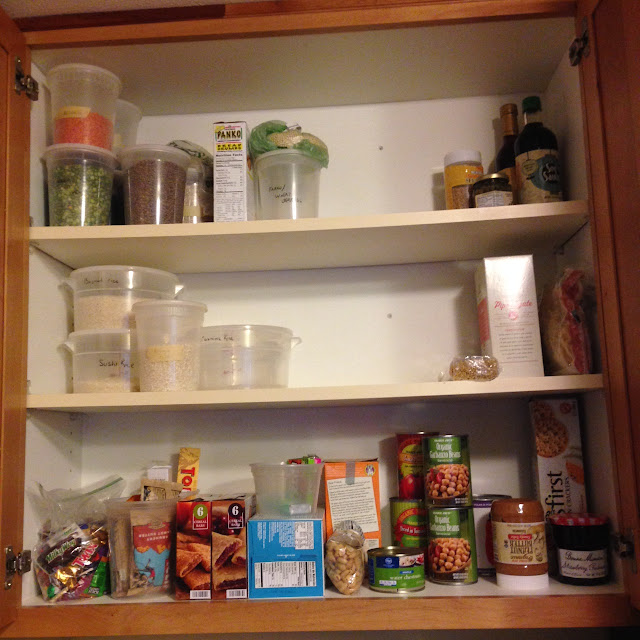 I expect it will get even leaner in the future, as I use up a few items that were fresh enough to keep but that I don't cook with all that often. When we polish them off I won't replenish their stocks.

Going forward, my aim is to keep on hand only ingredients that we go through in large volumes (I'd be nuts not to keep a backup jar of peanut butter on hand); frequently eaten snacks (Kind bars, crackers, salted peanuts); a few quick meals (boxed mac & cheese, tomato soup -- sometimes you just gotta); and the ingredients for a handful of tried-and-true recipes that are part of our regular rotation. That's it.

I still want to try new recipes, and experiment with all sorts of different beans and grains and pastas. It's just that when I have a specific plan to do that, I'll go to the grocery store and buy only the amount I need of that ingredient. Isn't 21st Century life grand?