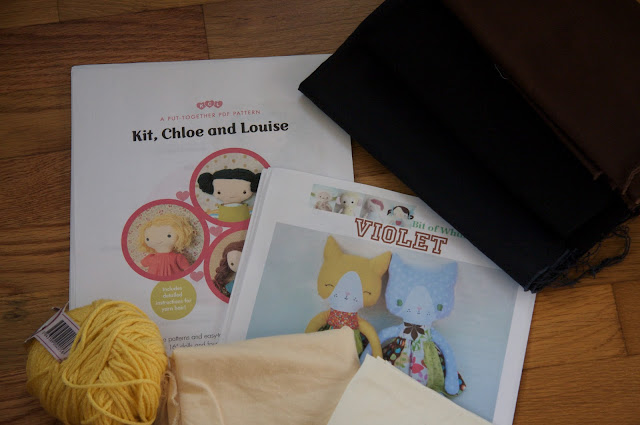 I'm planning to make my daughter a pair of dolls for Christmas. Above are the raw materials.

One will be a girl doll, for which I'll use Hilary Lang's Kit, Chloe, and Louise pattern. (That little blondie on the left there is a pretty good facsimile of my daughter.)

The second doll will be a Siamese cat, in honor of my daughter's alter ego, Henry. He's the hero of a series of books by Mary Calhoun, and my daughter has been obsessed with him for months now.

Frequently she'll narrate what she's doing in the third person, substituting Henry's name for her own. ("Henry dashed to the window and looked outside"--this said while dashing to the window.) Asked her name by a clerk in a grocery store, she'll reply, "Henry," leaving me to explain that she's really not confused about her gender, she's confused about her species.

Anyway, my plan is to adapt this cat pattern above from Etsy seller Bit of Whimsy Dolls. So my first step is to figure out how to get that pattern to reflect Henry's markings.

Of course, it's now less than three weeks until Christmas, and I've never done anything like this before. Or at least, not in a long time. The last time I made a doll I was about 12 years old, and here's how it turned out: 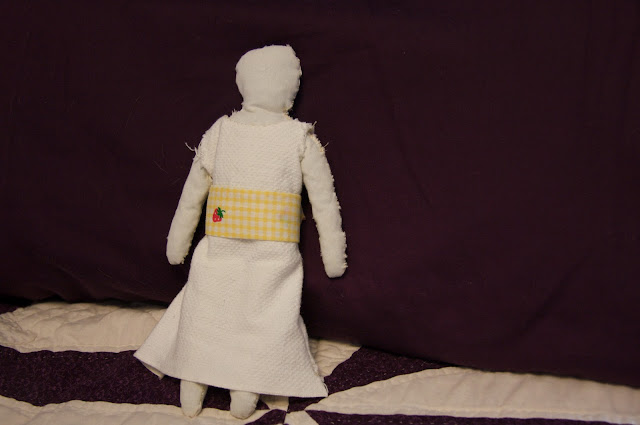 Charming in its way, but I'm hoping for something a little more, uh, true to life this time. Anyone have any magical doll-making wisdom?
Posted by Sarah at 9:59 AM