Why I'm not getting rid of my stuff

Look at this mess: 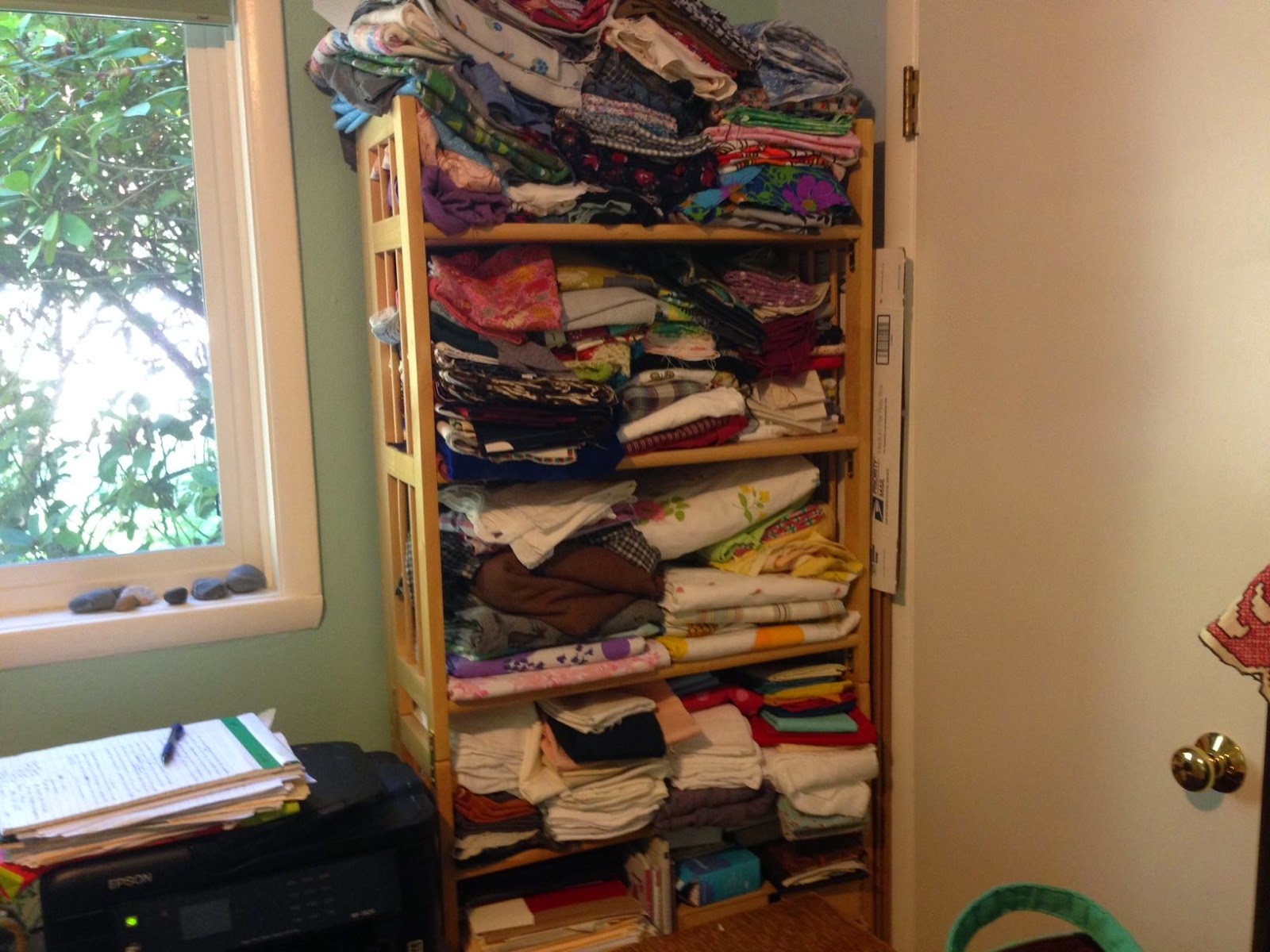 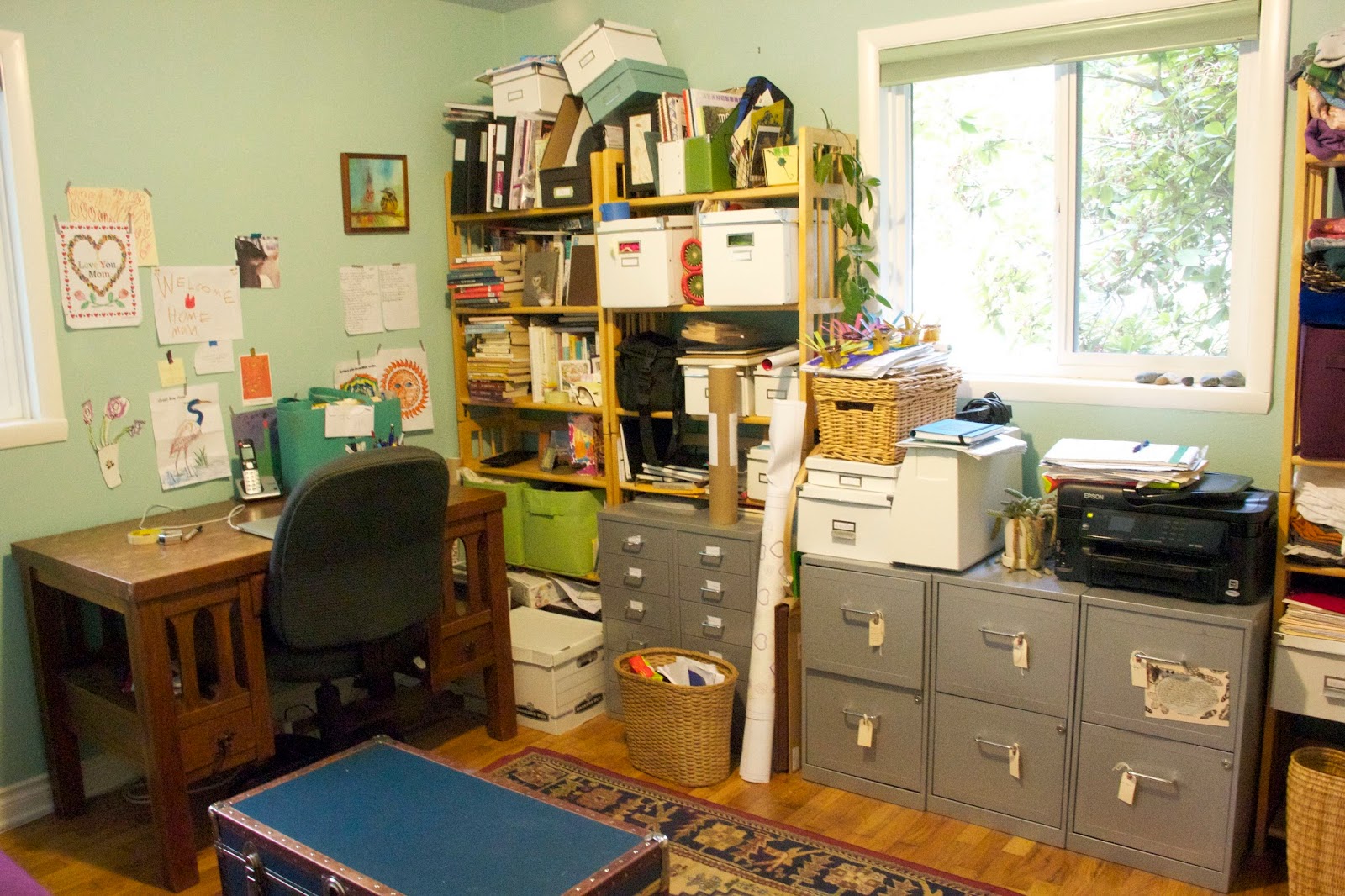 Those are from the "before" pictures of my old office space. I know what you're probably thinking. The unconventional wisdom, by which I mean the counter to the dominant narrative that by now has been stated so often as to become its own kind of convention, is clear: Get rid of it.

Don't buy stuff to store the stuff you're not using: just get the dang stuff out of your house.

But I'm not listening. Not in this case anyway.

The thing is, for me -- and I think for a lot of people -- creativity requires excess*. Great artists aren't exactly known for keeping minimalist, neat-as-a-pin studios, right?

To me that excess means supplies for a project that I'm not quite ready to do yet because it's still ripening in my mind. Two unrelated pieces of fabric that happen to be lying next to each other, prompting me to realize that the unlikely pair is actually perfect together. Scraps that I couldn't bring myself to get rid of, eventually getting pieced together into something unexpected and awesome.

(*If pressed, I will also endorse the idea that creativity springs from constraints and limitations. Well hey, I contain multitudes.)

A few years ago, I entered an embroidery contest that another blogger hosted. I won -- with lines of poetry stitched on a piece of vintage tablecloth that had sat in my stash for over a year, waiting for the right use to come along.

See what I mean? Thank goodness I didn't declutter that tablecloth!

Of course, "But I might use it someday!" can become an excuse to keep everything. And a space can become so cluttered that it actually blocks creativity rather than fueling it. (See also: photos above.)

But I'm betting on the idea of a middle ground, here.

I think that taking time and making space to store my creative materials in a nice way may actually help me use them more often.

Partly because I suspect that when projects are easy to set up and easy to put away one is less likely to talk oneself out of working on them because of lack of time.

I wrote in my earlier post that "what I'm aiming for is not just space to put things but space to use things." In that sense, my hypothesis here is that creating space might actually help create time.

I might be wrong about all this. But it at least seems worth doing the experiment.
Posted by Sarah at 7:09 PM