To be of use

Sarah started it. Nicole seconded the motion. These two food bloggers recently used Marge Piercy's poem "To be of use" as a springboard for meditations on human purpose and usefulness, as expressed through the work of our hands in growing and preparing food.

And now I want to broaden the discussion, though I won't reproduce the poem here, because I want you to go over to one or the other of those posts, or preferably both of them, and take in Sarah's photographs and Nicole's recipe. 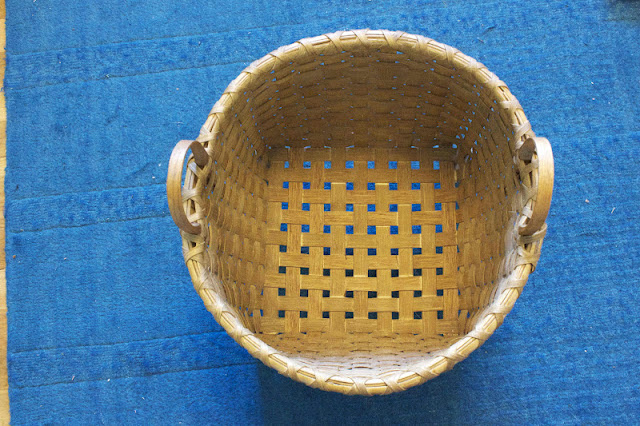 Now that you're back, I'll say that I thought about those posts, and that poem, the other day, as I was cleaning out this hand-woven basket that my man's mother gave us one Christmas. Piercy writes:

the thing worth doing well done
has a shape that satisfies, clean and evident

The basket had been in our living room, shoved under one piece of furniture or another, for so long that I hardly even noticed its presence anymore. And I discovered as I started to sort through the contents that it was full of three-year-old magazines and catalogs.

The pitcher cries for water to carry
and a person for work that is real.

I started thinking that maybe objects, just like people, want to be of use.

What would it be like if we really used all of the objects in our houses? If we gave them jobs worthy of them?

That sounds impossibly high-minded, but I think we can agree that by any measure, holding three-year-old catalogs doesn't qualify.

My girl had an idea to use the basket as a crib for one of her stuffed animals. 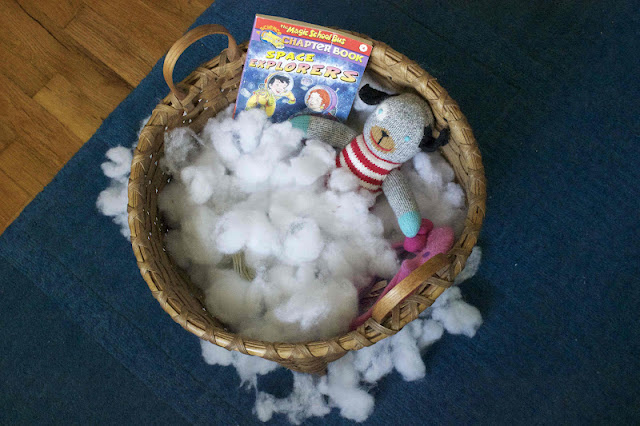 And that's fine for a start. But I kept scheming.

Here is a view of our new-to-us patio table and chairs. (There's a fourth chair, but it's a bit more rusty than the others, so we're keeping it in the garden shed unless it's immediately needed.) 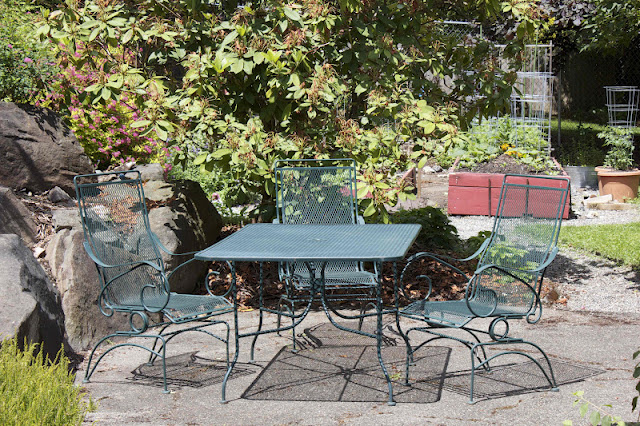 The chairs are quite comfortable, as metal chairs go--they have a spring in the base, so you can rock and recline a bit. Ahhhh…. But they're hard, and can be chilly (or hot), and dimple the backs of your legs if you sit too long. (And the whole point of patio chairs, after all, is to sit too long.)

So I softened them up a little bit, with a couple yards of craft-store fur and this super simple tutorial for faux sheepskins. 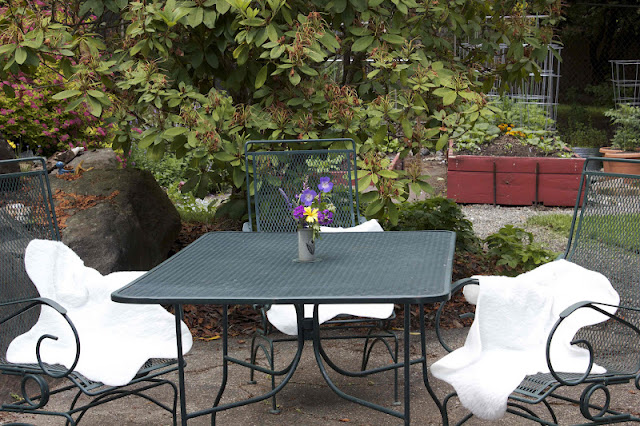 And I brought out this vase I bought at an estate sale last weekend, and filled it with flowers. It wanted to be of use too, you know. (Incidentally, I think that's part of the appeal of thrift shopping for me. To see the possibility in what's been discarded. To make these things useful again. Okay, yes, I also like the thrill of the hunt, and the gloating about the bargain, and by any measure I just plain like afghans. But it's part of the appeal, is what I'm saying.) 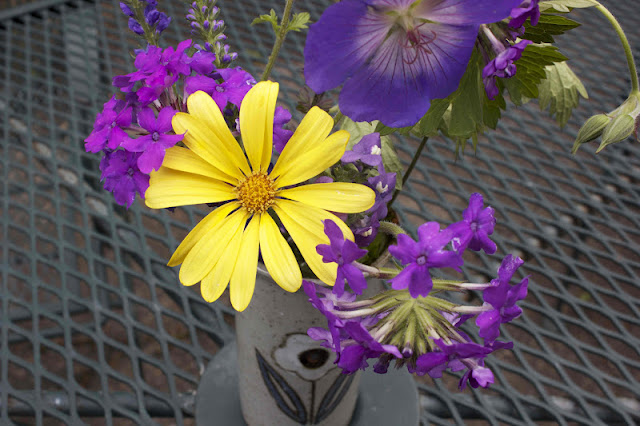 Of course we can't just leave those not-quite-chair-cozies out there, given the unpredictable weather of a Seattle June.

We need a basket to put them in.

One that has elegant little feet, to keep it off of wet pavement. 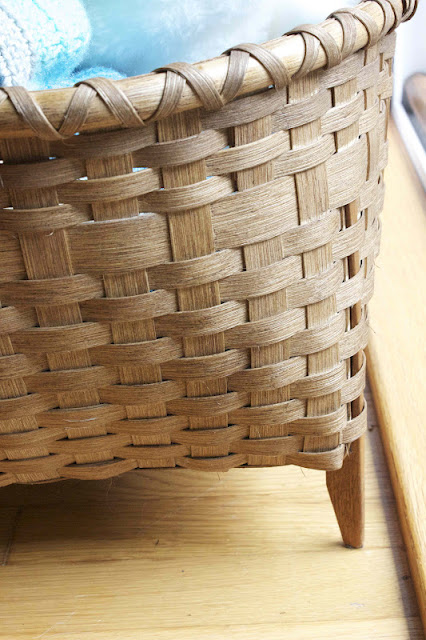 And room for a blanket or two, since evenings here tend to be chilly.

And that fits nicely into that spot behind the armchair, right next to the sliding glass door to the patio, so it's easy to grab as we go out and tuck away as we come in. 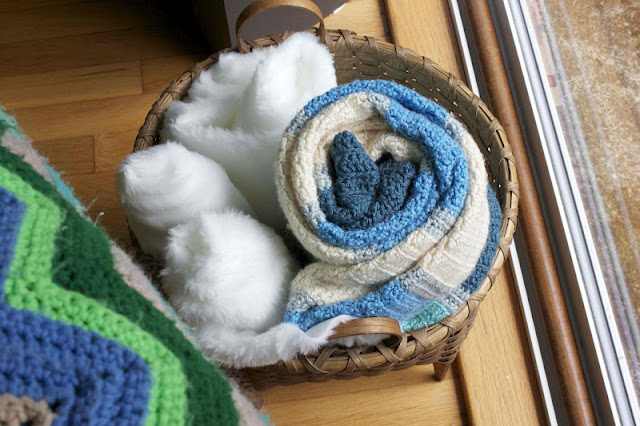